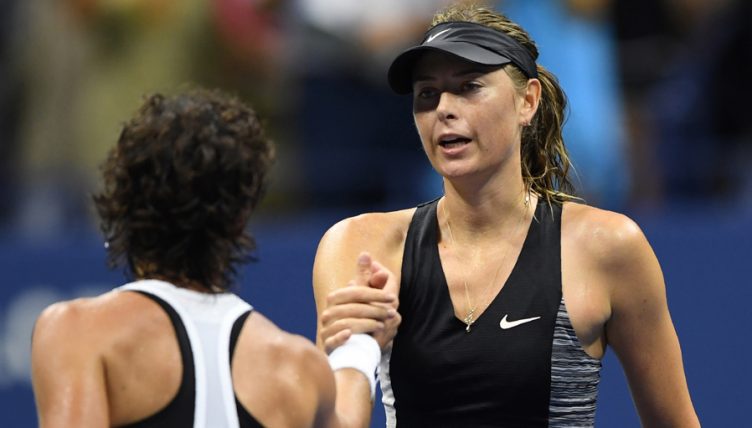 Maria Sharapova has been dumped out of the US Open by Carla Suarez Navarro, losing her perfect record in Flushing Meadows night matches in the process.

The Russian had won all 23 of her previous night matches at the US Open, and went into the round of 16 clash as strong favoiurite to progress into the quarter-finals.

However, Suarez Navarro produced a brilliant display of tennis on her 30th birthday, with some of her defence especially breathtaking, to claim a shock 6-4 6-3 win.