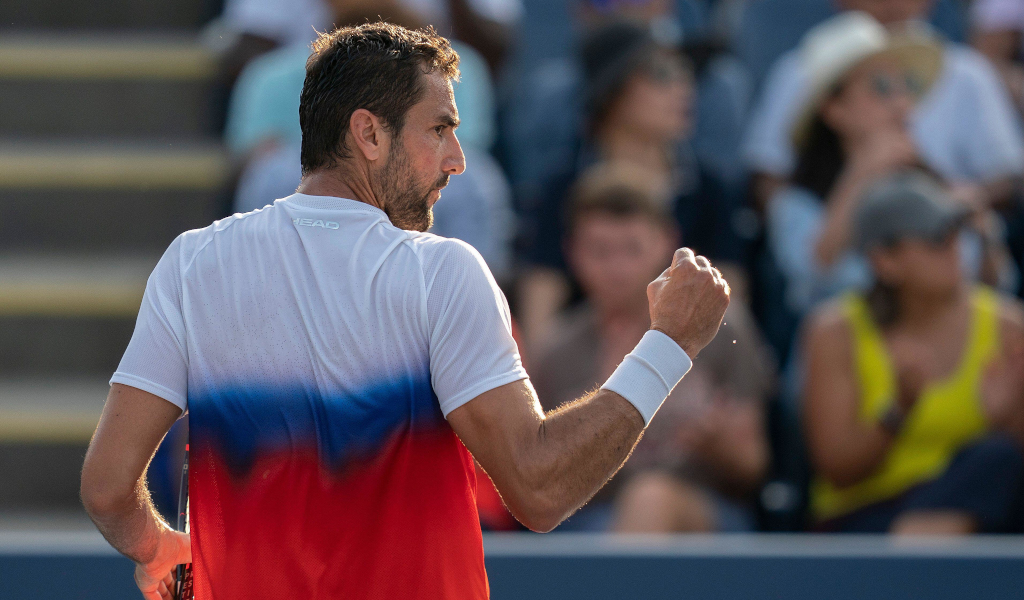 There will be no back-to-back fourth-round US Open appearances for Dan Evans as he came unstuck against the big-serving Marin Cilic in the third round on Saturday.

Evans missed three set points in the first-set tie-break, but Cilic’s serve proved to be the difference on the day as he sent down 26 aces in total.

After no breaks of serve in the opening set, Evans found himself with three set points in the tie-breaker, but Cilic held firm before the British No 2 also saved four set points. Fifth time proved to be a charm for the Croatian.

The two traded four breaks in the second set before it was the world No 23’s turn to win the tie-breaker, but two breaks in the third set and one in the fourth – to love – set up the win for Cilic.

Evans felt his “level was there”, but Cilic edged the big moments.

“I’ve played some good tennis but it’s frustrating that I played a guy who’s very good here, he’s won the tournament and he played like he probably was then, and he definitely served like it,” he said. “That’s heavyweight versus a lightweight on serve.

“It was a tough match. I just couldn’t get ahead in the fourth. I missed some chances in the first and you never know what happens when you win the first but I did well to get back into the match.

“I thought Marin played probably a bit better than me. He served very well when he needed to and it was difficult to put any pressure on. I had a small chance but I’m hanging onto threads really.

“Too good from him, that’s it really. I have to move on. I don’t have any bad feelings about the match. My level’s there, physically I was there, so it’s positive.”

Up next for the former champion is Carlos Alcaraz after the world No 4 eased to a 6-3, 6-3, 6-3 victory over Jenson Brooksby.

“I played really, really well,” Alcaraz said. “High level, high intensity, I knew that it was going to be a tough match. Brooksby is a really tough opponent, but I’m really happy with my performance today and I’m going to keep going.”