Naomi Osaka a ‘little bit worried’ about injury, but adamant she will defend US Open trophy 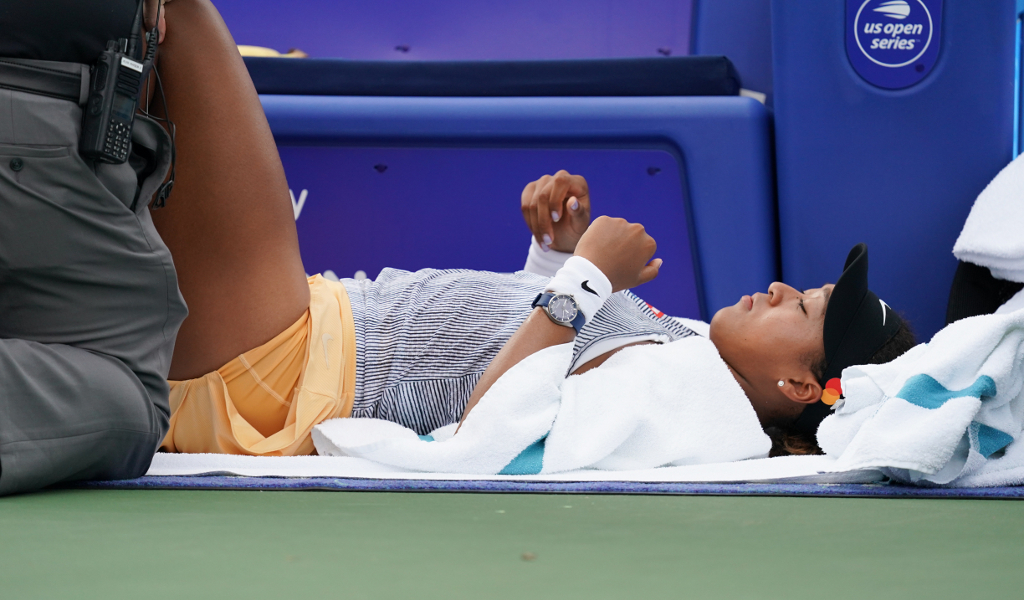 Two-time Grand Slam champion Naomi Osaka says she is ready to defy her doctor’s orders and play at the US Open despite a leg injury.

The current world No 1 was forced to retire from her Cincinnati Masters quarter-final clash against Sofia Kenin on Friday due to a problem with her left leg.

Osaka seemed to injure her knee during the second game of the decider and called for the trainer, but eventually decided to retire.

“I really don’t know what’s going on with my leg right now,” she said. “It sucks, especially since I didn’t want to get injured this close to the Open, and now I’m kind of worried a little bit.

“The thing is, my pain tolerance is really high, so that’s usually why I play through things that apparently I shouldn’t.

“I was asking the physio if it was safe to play, because I really hate withdrawing. I feel like we were playing such a great match, too. It’s not fair to her to just withdraw, because I feel like I’m bowing out.

“Then I was asking the physio if she thinks it’s safe to play. Then I went out there. I wanted to finish the set. But I felt it wasn’t safe.”

With the US Open under a fortnight away, it raises doubts about her fitness ahead of the defence of her title.

However, the 21-year-old insists she will defend her trophy at Flushing Meadows.

“I feel like this might have that one percent chance of me not being able to play, and that’s what’s concerning me,” she said.

“In the end, I’m going to play even if the doctor says no, probably.”