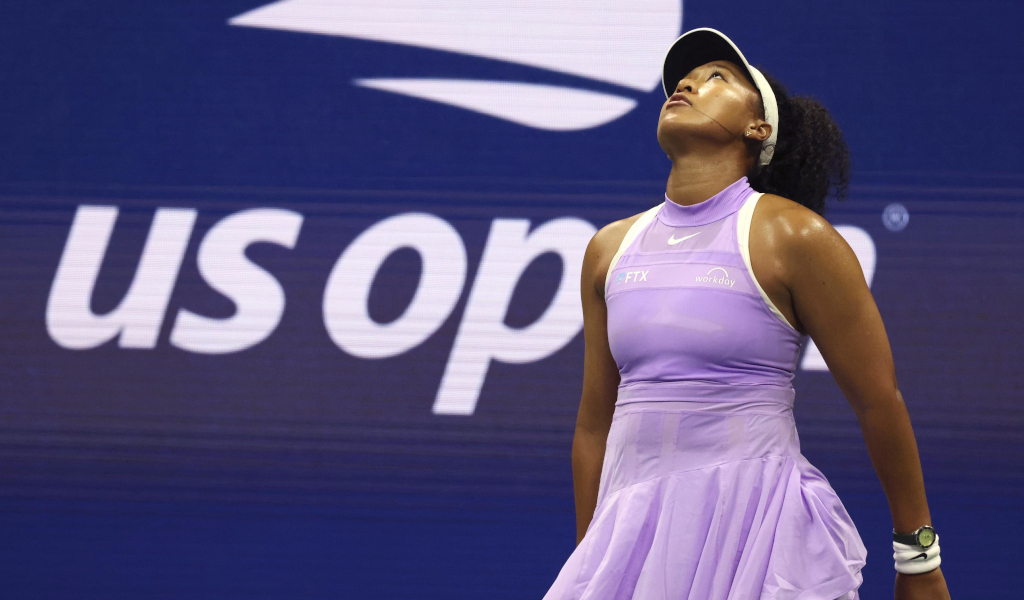 Naomi Osaka struggled physically and mentally as she exited the US Open as she is still troubled by a back injury while her head was full of “random chaos”.

It has been a troubled year for Osaka as she is 13-8 in 2022 and set to drop to No 46 in the WTA Rankings on the back of her first-round defeat to Danielle Collins at Flushing Meadows on Tuesday evening.

You have to go back to the Miami Open in April – where she finished runner-up to Iga Swiatek – for the last time the four-time Grand Slam winner had a deep run at a tournament. Since then she is 3-5 and she has now lost her opening matches in her last three events.

Osaka took time out of the game after the French Open as she struggled with an Achilles injury while her back has troubled her in recent weeks as well as she retired from her clash at the Canadian Open in early August.

“I’m the type of person that thinks a lot, to the point where I overthink. Sometimes when I play matches, I have to tell myself to stop thinking, just go more on instinct,” she said.

“I feel like I just have to chill a little bit, because there’s a lot of like random chaos in my head right now.”

The 24-year-old’s injuries have prevented her from playing regularly on the Tour this year as she missed Wimbledon and the former world No 1 knows she needs to “stay on top” of the physical side of things if she is to turn her form around any time soon.

“Honestly, I just wanted to play without my back being in pain because it’s kind of been bad for the entire hard court season since Toronto,” Osaka said during the post-match press conference. “I didn’t serve until two days ago so I was really happy with how it went.

She added: “Overall I wouldn’t say that I played well … I felt like I was on my back foot a lot. Everyone deals with injuries. For me, it’s been more prominent this year, but it’s something that I can learn (from).

“I learned a lot more about my body, I learned what’s weak, what I can do to prevent it. I would say the sport is definitely very physical, but it’s kind of my job to stay on top of it.”