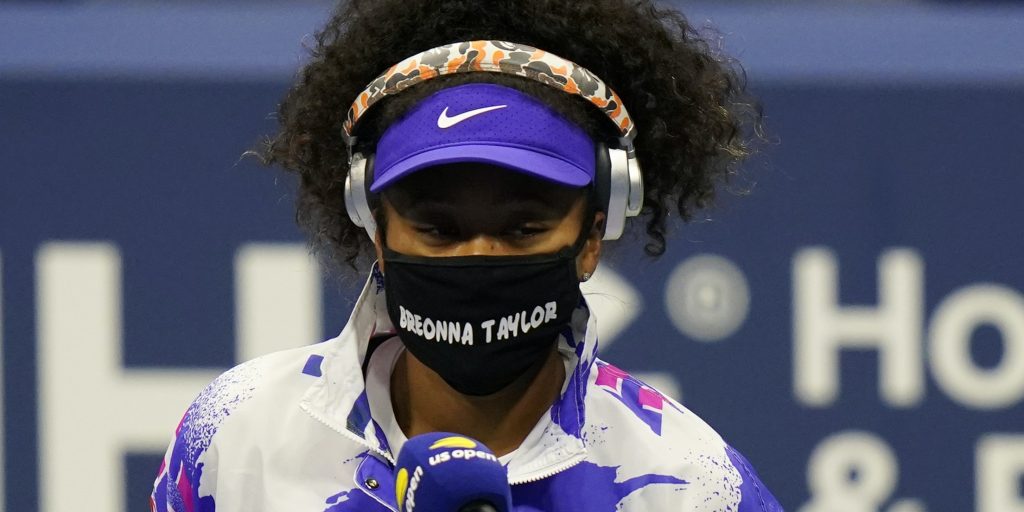 Naomi Osaka vowed to continue highlighting issues of racial injustice after reaching the second round of the US Open with a hard-fought win over Japanese compatriot Misaki Doi.

Osaka, who initially pulled out of her semi-final at last week’s Western & Southern Open in solidarity with protesters, wore a face-mask onto the court bearing the name of Breonna Taylor, who was shot dead by police in Louisville in March.

The 22-year-old Osaka said after her 6-2, 5-7, 6-2 win that she planned to wear a mask bearing the name of a different shooting victim for each round that she remains in this year’s tournament.

.@naomiosaka walked out in a Breonna Taylor mask for her night match at Arthur Ashe stadium.#USOpen pic.twitter.com/Ubxwst54kl

Osaka told Amazon Prime: “Actually I have seven (masks), and it’s quite sad that seven masks isn’t enough for the amount of names.

“So hopefully I will get to the finals and you can see all of them.”

Osaka had reversed her decision to withdraw from last week’s tournament after discussions with organisers, only to subsequently pull out ahead of the final against Victoria Azarenka due to a hamstring injury.

And that affliction appeared evident in the way she laboured for long periods, requiring just over two hours to secure victory over an opponent who had won just one match in seven previous appearances in the US Open main draw.

“It was very difficult and I kind of expected it because I know she’s a tough opponent,” added Osaka. “I knew there was a chance it would get really long and I’ll just have to see how I feel tomorrow.”

With six of the women’s world top 10 absent from this year’s tournament, Osaka is one of the favourites to reclaim the title she first won in 2018.

Making statements on and off the court.@naomiosaka is through to R2. pic.twitter.com/BPWwi3SiXM

But despite appearing to back up those predictions in an opening set in which she threatened to sweep Doi aside, she was left looking tired and unreliable for much of the second in which Doi fired back.

The world No 89 moved into a 5-2 lead and although Osaka hit back to level, Doi kept her nerve to force the decider.

Having been broken in the opening game, Doi summoned one final effort to fashion two break points in the next, but Osaka survived and went on to claim what was ultimately a clear if not entirely convincing win.

Sixteen-year-old sensation Coco Gauff made an early exit as the American bowed out at the first hurdle, going down 6-3, 5-7, 6-4 to Latvian 31st seed Anastasija Sevastova.