Nick Kyrgios argues over towel rule, time violation, ‘s***’ breaks as he loses his cool during US Open defeat 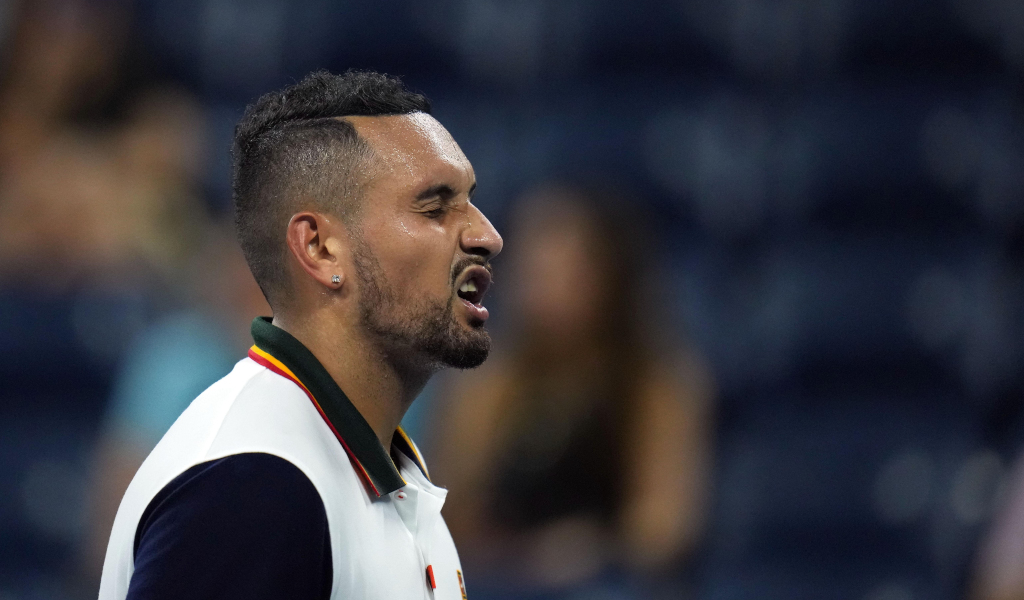 Nick Kyrgios’ 2021 US Open campaign lasted under two hours as the Australian was blitzed by Roberto Bautista Agut in the first round, but he did have plenty to say to the chair umpire.

It was clear that Kyrgios was distracted from start to finish as he argued with chair umpire Carlos Bernardes at every opportunity on Louis Armstrong Stadium.

Bautista Agut broke in the sixth game and went on the take the set, which prompted Kyrgios to complain about the courts as he muttered “playing at f****** midnight”.

But that was just the start as he was also unhappy with the rule, implemented because of the coronavirus pandemic, that states players have to put their towels in a box.

Kyrgios received a time violation and that set him off.

Carlos Bernardes telling Kyrgios to put his towel at the designated place and not just throw it.#USOpen pic.twitter.com/UETH16p9nm

“So I have to walk back to the box to wipe my arms because I’m sweating and I get a time violation but someone can go to the bathroom for 20 minutes and it’s OK? Explain it to me. It doesn’t make any f****** sense,” he argued.

“It’s my towel. I should be able to put it wherever I like on the court, really.”

When the official told him “it is part of the game” he had another go.

“It’s not part of the game,” the Australia said.

He never recovered as Batusta Agut broke again in game five of the second set before running away with things in the third to win 6-3, 6-4, 6-0 in one hour and 48 minutes.