Nick Kyrgios on a high at US Open as he overcomes weedy smells, on-court antics and Benjamin Bonzi to win 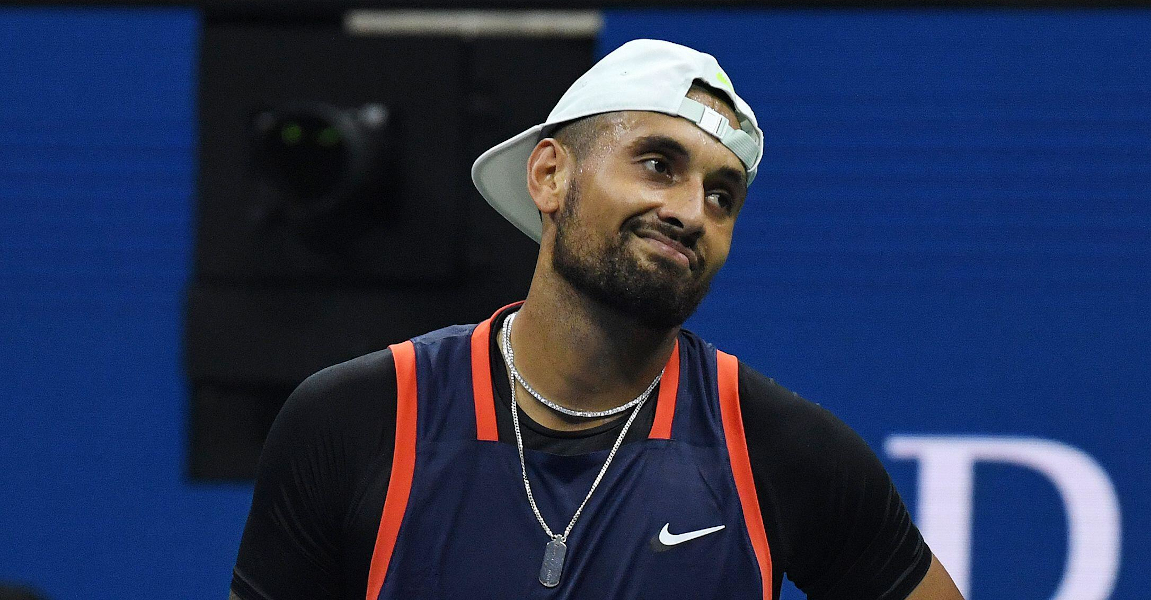 Nick Kyrgios is back in the third round of the US Open, but he admitted after his win over Benjamin Bonzi that he was “hanging by a thread”.

It was a typical Kyrgios performance – although he largely kept his emotions in check – as he fired a couple of broadsides at his player box, spat on court and also complained that he could smell marijuana midway during the match.

But once the smoke had dissipated and the dust settled, Kyrgios walked away victories as he came out on top of the 7-6 (7-3), 6-4, 4-6, 6-4 scoreline on Louis Armstrong Stadium in a match that was just shy of the three-hour mark.

After breaking the Bonzi serve in the opening game, the Wimbledon runner-up was pegged back in game four before he edged the tie-breaker.

The second set was another close contest with the Frenchman again giving Kyrgios plenty to think about and the Australian started to get agitated, often taking his frustration out on his box.

He also complained that he could smell weed, prompting the chair umpire to make an announcement asking spectators to “refrain from smoking”.

The break came late in the second set as the world No 25 took a two-set lead, but the roles were reversed in the third set as Bonzi broke in game nine to keep his hopes of a win alive.

But Kyrgios’ frustrations looked like it would boil over as he swore at his box, spat on the floor and received a warning for unsportsmanlike conduct in the third set.

Bonzi kept the momentum going with a break in game three of the fourth set, but Kyrgios hit back immediately and then claimed the decisive break in game 10 as he broke to love.

“I was literally hanging by a thread,” the 23rd seed said. “His level today was incredible. I was not expecting an absolute war. That could have gone either way. He was a break up early in the fourth. I played some really risky tennis late in that fourth set to win. I’m just really happy to get through.

“It’s been a very stressful time so I have high expectations to go deep this week and I’m just glad I got through.

“Every tournament I play now I’m expected to play amazing tennis every time but I’d rather have that pressure and expectation to go far but I definitely feel like my game has so much more confidence and I’m playing some of the best tennis of my life. That’s down to a lot of things but I’m happy.”

Kyrgios, who is yet to reach the fourth round at Flushing Meadows, will face either American JJ Wolff in the third round after the wildcard defeated Alejandro Tabilo in four sets.