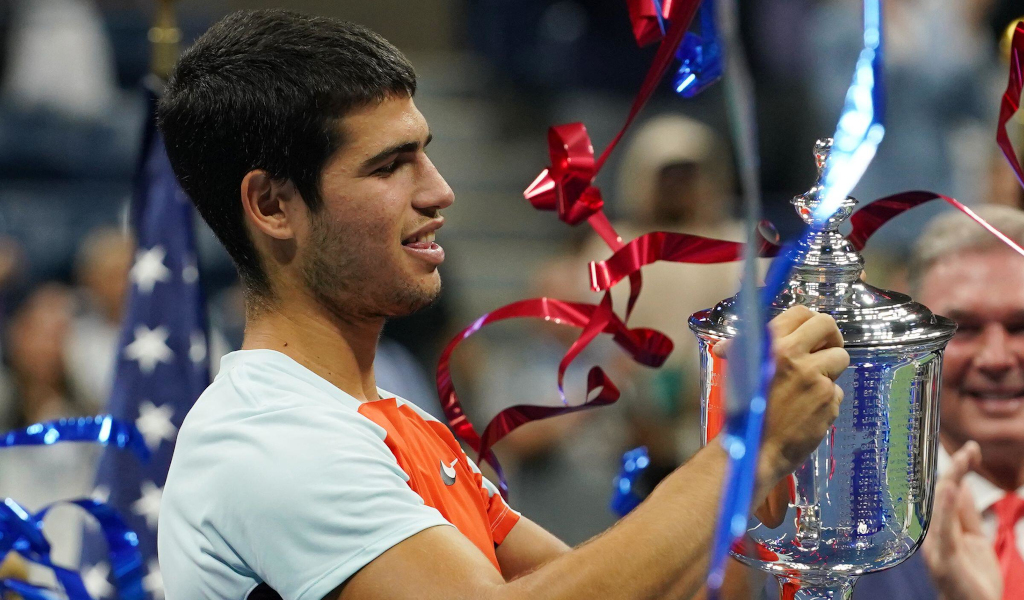 Nobody wants to say “I told you so” after an event happened, but Nick Kyrgios was more than happy to point out that he predicted Carlos Alcaraz would win the 2022 US Open men’s title.

A couple of days before the start of the season-ending hard-court Grand Slam, Eurosport asked social media users to take out their crystal balls and pick their winners.

Nadal and Medvedev were naturally among the favourites while Kyrgios himself was also tipped by many to lift the trophy as he went into the US Open on the back of winning the Citi Open and reaching the quarter-final of the Canadian Open.

The Australian, though, went for Alcaraz and he turned out to be right as the Spaniard won his maiden Grand Slam after defeating Casper Ruud in four sets in the final.

Aged 19 years and 129 days, Alcaraz is the seventh youngest player to a win a major while he also surged to the top of the ATP Rankings on the back of his win to become the youngest world No 1 in history.

During the post-match press conference at Flushing Meadows, Alcaraz was asked: “Are you going to believe what Nick Kyrgios says from now on?”

And the new US Open champion replied: “Honestly, I check the DM of Instagram. I saw Nick Kyrgios’ message. I didn’t read the whole message, but I read that he said, I told you (smiling).”

Alcaraz has enjoyed a remarkable season as he won the Rio Open, Miami Open, Barcelona Open and Madrid Open to rise into the top five of the rankings.

However, he didn’t really hit the North American hard-court season running as he lost his opening match in Montreal and exited the Western & Southern Open in the quarter-final.

But things clicked in New York.

“In Montreal and in Cincinnati I lost the joy a little bit,” he explained. “As you said, I felt the pressure. I couldn’t smile on court which I’m doing in every match, every tournament.

“I came here just to enjoy, you know? To smile on court, to enjoy playing tennis. I love playing tennis, of course. I would say if I smile, if I have fun out there, I saw my best level, my best tennis.

“I would say, well, thanks to my team, thanks to [coach] Juan Carlos [Ferrero], my family, everyone who supported me in that moments to came here to enjoy again. So I’m going to say thank you to all of them.”