‘It hurts me at my core,’ says Nick Kyrgios as he pulls out of US Open over coronavirus concerns 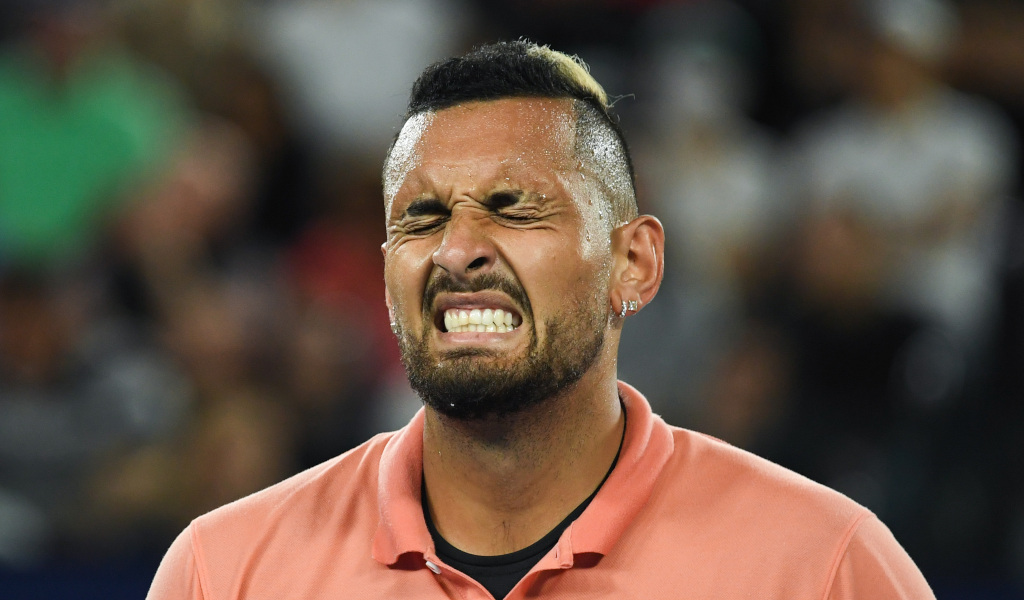 Nick Kyrgios has withdrawn from the US Open because of his concerns over the coronavirus pandemic, saying the decision “hurts me at my core”.

The world No 40 also criticised some of his fellow players in a video posted on social media.

“I’ve got no problem with the USTA putting on the US Open and if players want to go, that’s up to them so long as everyone acts appropriately and acts safely,” he said.

I will not be playing this year at the US Open.

It hurts me at my core…But I’m sitting out for the people, for my Aussies, for the hundreds of thousands of Americans who have lost their lives, for all of you. #SincerelyYours, @NickKyrgios pic.twitter.com/7EecHNU82l

“But tennis players, you have to act in the interests of each other and work together.

“You can’t be dancing on tables, money-grabbing your way around Europe or trying to make a quick buck hosting the next exhibition. That’s just so selfish.

“Think of the other people for once. That’s what this virus is about. It doesn’t care about your world ranking or how much money you have. Act responsibly.”

The US Open is scheduled to start behind closed doors at Flushing Meadow on August 31.

The @USTA continues its plans to host both the US Open and the Western & Southern Open at the USTA Billie Jean King National Tennis Center. pic.twitter.com/kERAtMcvrS

Reading an open letter on his video, Kyrgios said the global economy and tennis could rebuild, “but we can never recover lives lost”.

“Dear Tennis, let us take a breath here and remember what is important, which is health and safety as a community,” Kyrgios said.

“To those players that have been observing the rules and acting selflessly, I say good luck to you. Play at your own risk – and I have no problem with that.

“I will not be playing this year at the US Open. It hurts me at my core not to be out there competing at one of the sports’ greatest arenas, Arthur Ashe Stadium.

“But I’m sitting out for the people, for my Aussies, for the hundreds and thousands of Americans who have lost their lives. For all of you.”

You should care. Do you have rocks in your head? Again, you can stand up for your mates, I’m just trying to hold them accountable. When I said what I said, I didn’t intend to bother. They are tennis players, they aren’t special. Just as I thought Coric intellectual level = 0 (🍩) https://t.co/KNBa5mNG77

Kyrgios has been outspoken over health and safety concerns throughout the coronavirus outbreak.

He was critical of Novak Djokovic after he and several other top players tested positive after playing in an exhibition tournament, the Adria Tour, which the world number one helped organise.

One of those players, Borna Coric, and Kyrgios have since been at loggerheads over comments made by the Australian regarding the Adria Tour.