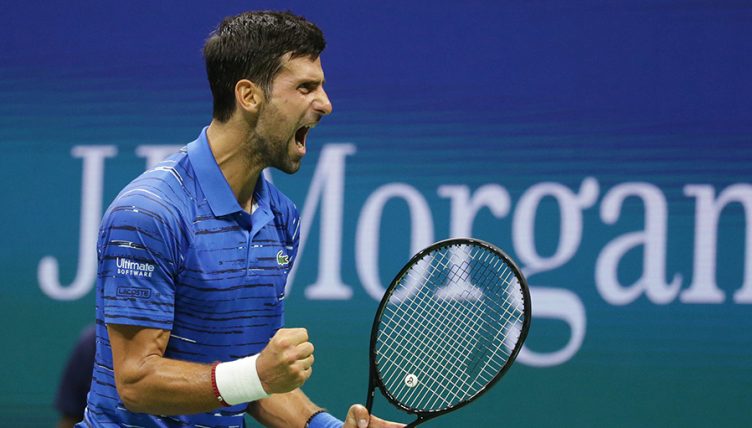 Novak Djokovic says his shoulder injury is not causing him any pain after he powered past Denis Kudla and into the last 16.

The world number one sustained the knock during his second round win over Juan Ignacio Londero, and there were fears it would put his title defence at risk.

However, he showed little signs of distress against American Kudla, who he confidently saw off 6-3, 6-4, 6-2 to earn a mouthwatering clash with Stan Wawrinka.

“Obviously I didn’t know how the body would react and I am just glad to finish the match tonight.

“Look, I’m not going to go into the medical details but it was definitely bothering me over the last couple of weeks, especially in the last match, so I didn’t practice yesterday, I just wanted to give myself the time and do everything possible to be here tonight.”

Get excited, because it’s happening in R4… 🙌

Novak Djokovic and Stan Wawrinka will face off for the first time since the 2016 #USOpen final! pic.twitter.com/Mc67k0WGCf

The last 16 will see Djokovic and Wawrinka meet for the first time since the 2016 US Open final – which the Swiss won.

“He’s a three-time grand slam champion, someone that possesses a game with a lot of power and quality.

“He’s a great guy, we practice together a lot, so may the best man win.”