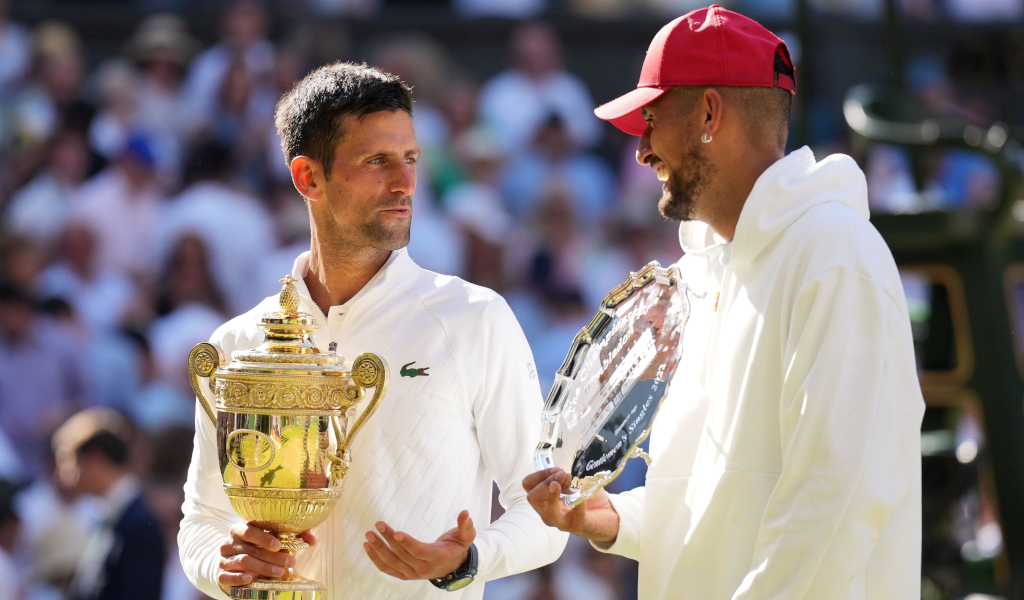 Novak Djokovic and Nick Kyrgios’ post-Wimbledon dinner date did not materialise, but the former has proposed they go on a rendezvous in New York City, which could be a hint that he will play at the US Open.

In the build-up to the Wimbledon final, Kyrgios revealed that he has developed a “bromance” with Djokovic and they have been sliding into each other’s DMs on social media. Then a day before the match, they took their relationship to a new level as they agreed to go to dinner after the final with the winner footing the bill.

Djokovic went on to win a seventh Wimbledon title on Sunday, but their date never took place and Kyrgios commented on one of the Serbian’s Instagram posts, asking “Where is my dinner!!!!!!”.

The 21-time Grand Slam winner then replied: “@k1ngkyrg1os sorry mate. I called all the restaurants in London on Sunday night and there was no tables available 😂 Dinner is on me in NYC 😲😬🙏🤞” 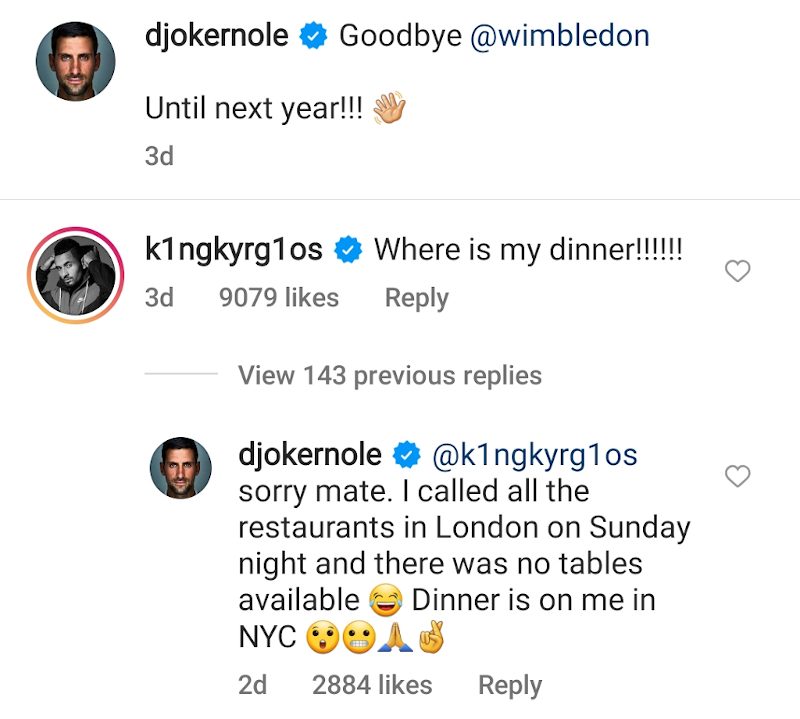 As things stand, Djokovic won’t be able to compete at the US Open in New York as foreigners who are not vaccinated against Covid-19 are not allowed into the United States, but his reply to Kyrgios could suggest that there could be a change in regulations.

After Sunday’s final he told reporters: “I’m not vaccinated and I’m not planning to get vaccinated. So the only good news I can have is them removing the mandated green vaccine card or whatever you call it to enter [the] United States or exemption.