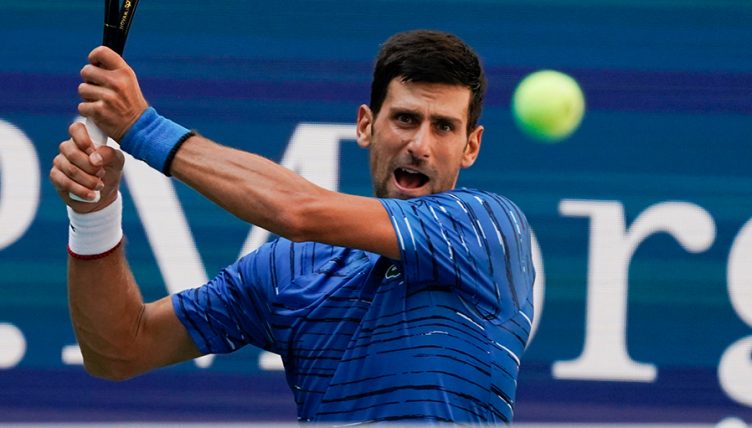 Novak Djokovic made a dominant start to his US Open defence, brushing aside Roberto Carballes Baena at Flushing Meadows.

Djokovic has won four of the last five Grand Slams, and has not lost in the opening round of a major tournament since 2006, and he barely broke sweat in dispatching Carballes Baena.

In fairness, the Spaniard did put up admirable resistance in the opening set, but given he had just two wins to his name in his career in Grand Slams coming into the clash, it always looked like a severe mismatch.

And, all too predictably, the match clock did not even have the chance to tick over into a second hour before the Serb was heading for round two.

Djokovic has reached the final on his last three appearances in New York but was a little ore merciful last year, being taken to four sets in his opening two rounds at Flushing Meadows.

.American Sam Querrey or Argentine Juan Ignacio Londero will fight it out for the right to meet Djokovic in the second round.

Dan Evans is also through after the Brit continued his fine year by overcoming illness to beat Adrian Mannarino in his opener.

Evans, who was a point away from beating eventual winner Stan Wawrinka in the third round at the US Open in 2016, battled hard to claim a 6-4, 6-3, 2-6, 6-3 win and set-up a second round clash with Lucas Pouille or Philipp Kohlschreiber.