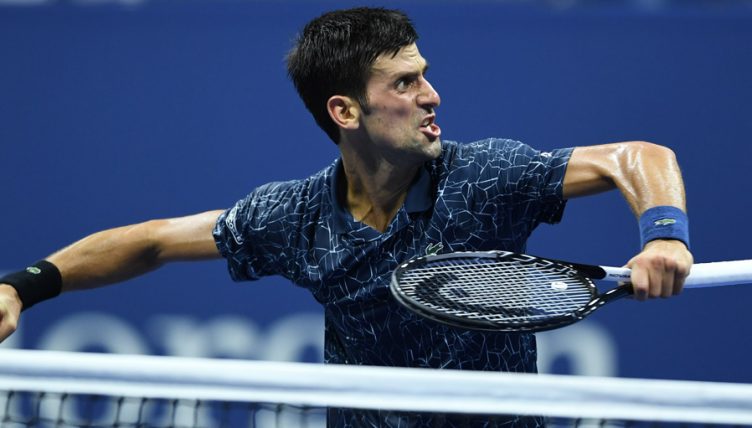 Novak Djokovic succeeded where Roger Federer failed by beating John Millman to advance at the US Open.

The reigning Wimbledon champion battled to a 6-3 6-4 6-4 success on Arthur Ashe, but the match was far from straight-forward for the Serb.

In fact, Djokovic needed to fight for an hour apiece to win each of his sets against the never-say-die Australian, as hot conditions once again played a part.

“I was very tested. Almost three hours, it’s midnight now. Credit to John for putting up a great battle, he’s truly a great fighter. He’s had an amazing tournament.

Kei Nishikori makes it a memorable day for Japan as he reaches US Open semis.https://t.co/RgeTZ0DPgI

“First quarter-finals, he won against Roger. To come out after that kind of win and fight for three hours, he deserves a round of applause definitely.

“I was struggling, he was struggling, we were all sweating, changing clothes. Just trying to hang in there, find a way to win a match. It happened a couple of times that you survive on the court then thrive with a win.”

Djokovic will now face Kei Nishikori in the semi-finals.