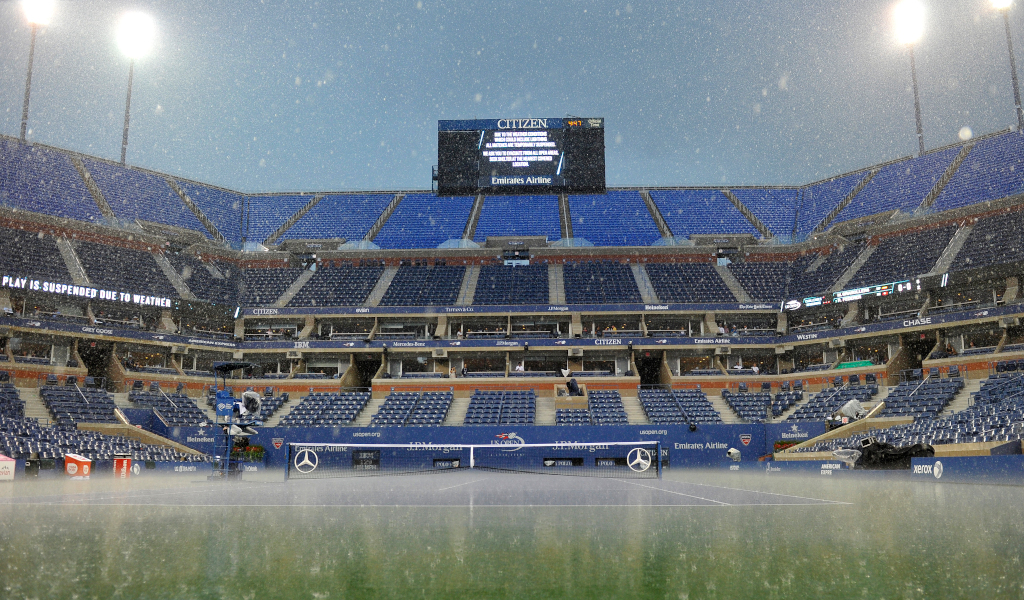 One non-player has tested positive for coronavirus in the Western & Southern Open and US Open bio-secure bubble.

A controlled environment has been created at the Flushing Meadows site in New York, which will host both tournaments, and 1,400 tests were carried out.

There was just one positive result – a non-player who is asymptomatic – and they must now isolate for 10 days.

The Western & Southern Open, which has been moved from Cincinnati, begins on Saturday while the US Open will start on August 31.

A United States Tennis Association (USTA) statement read: “An individual (non-player) has tested positive for Covid-19 within the Western & Southern and US Open controlled environment. The individual is asymptomatic.

“The USTA has worked with the ATP Tour and WTA Tour to create a controlled environment for the 2020 Western & Southern Open and US Open.

“The USTA, together with its medical advisers and infectious disease specialist from the Mount Sinai Health System, confirmed a positive test result for an individual.

“In accordance with New York State Department of Health requirements and in alignment with CDC guidelines and the Tournament health and safety protocols, the individual has been advised that they must isolate for at least 10 days.

“In addition contact tracing has been initiated to determine if anyone must quarantine for 14 days.”

The USTA has worked hard to provide safety protocols to allow the two tournaments to go ahead, despite high infection rates of Covid-19 in the United States.

That includes tiers of access to the site, with players, guests, ATP/WTA staff and officials in the Tier 1 section.

They will stay in two hotels in Long Island will not be allowed to travel to Manhattan and must wear masks and practice social distancing when on site.

The USTA has confirmed that any player who tests positive during either tournament will be forced to withdraw from the tournament.

A raft of top names have already pulled out of the US Open, with Rafael Nadal, Simona Halep, Ashleigh Barty and Nick Kyrgios among those opting not to travel.

World No 1 Novak Djokovic, Serena Williams and Andy Murray are committed to playing, though, and USTA chief executive Mike Dowse says the line-up has exceeded expectations.

“As far as our field, in context of the times and how different the world is, I couldn’t be happier. It’s exceeded our expectations.

“At the end of the day it’s our fans we are here to serve. They’re going to see some unbelievable world-class tennis. Again, considering the context of what’s going on… couldn’t be happier.”