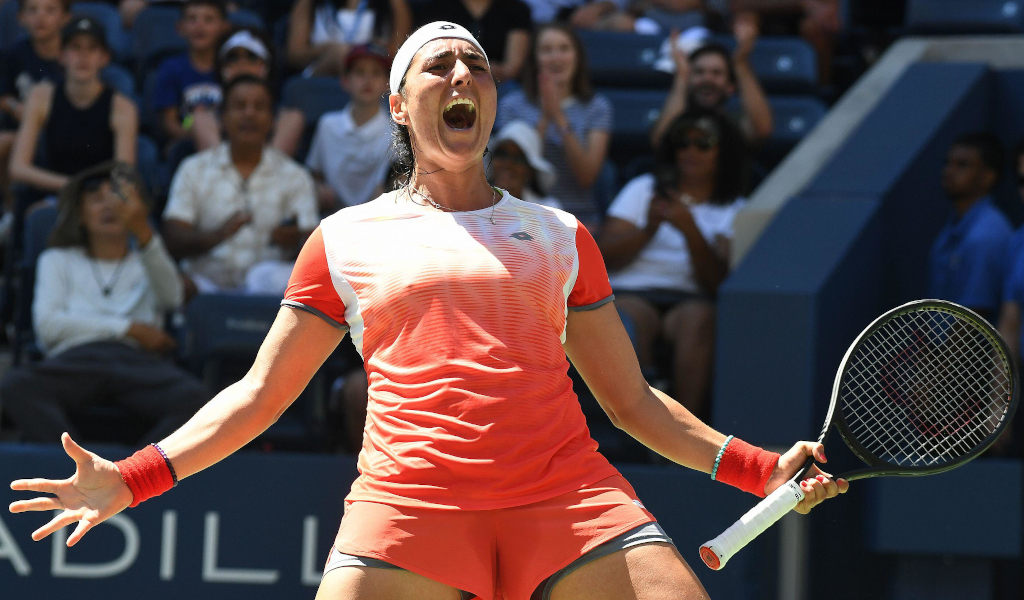 Ons Jabeur’s trailblazing 2022 season continues as the Tunisian beat good friend Ajla Tomljanovic to become the first woman from the African continent to reach the last four of the US Open.

It was far from a vintage Jabeur display as she made several errors, but it was good enough to see off the Australian 6-4, 7-6 (7-4) in one hour and 42 minutes on Arthur Ashe Stadium.

And now she is two wins away from being the first woman from Africa to win a major.

Having started the tournament at No 5 in the WTA Rankings, the 28-year-old is also provisionally back up to No 2, a position she briefly held in June.

As per usual, Jabeur mixed things up nicely with her drop shots and excellent court coverage, but she didn’t have it all her own way, especially in the second set.

After breaking in game three of the opening set, the Tunisian was pegged back by Tomljanovic in the sixth game only to break for a second time to go 4-3 up.

She again had the early advantage with a break in the opening game of the second set, but the Australian drew level in game four only for Jabeur to edge ahead again on serve.

But Tomljanovic fought back strongly as she won three games in a row and came out to serve for the set at 5-3. A disastrous service game saw Jabeur break to love and it went to the tie-breaker with the Tunisian edging it.

“Ajla plays very well, I knew physically it was going to be a tough match. Emotionally it was tough to manage the frustration because when you have breaks you want to finish, but she kept fighting and made it tough for me,” Jabeur said.

“Just trying to do my job here and hopefully I will inspire more generations from Africa, it means a lot to me.”

There were several frustrating moments for Jabeur as she threw her racket and lost her cool.

“I think I am going to be fired from my job as Minister of Happiness,” she joked. “It is tough to manage the frustration sometimes, tennis is a tough sport.

“I apologise for my behaviour, I wanted to keep calm, but the racket kept slipping away from my hand.”

The 28-year-old will face either Coco Gauff or Caroline Garcia for a place in the 2022 US Open women’s final.