Ons Jabeur brushes aside Caroline Garcia to reach US Open final: ‘I feel very positive about this one’ 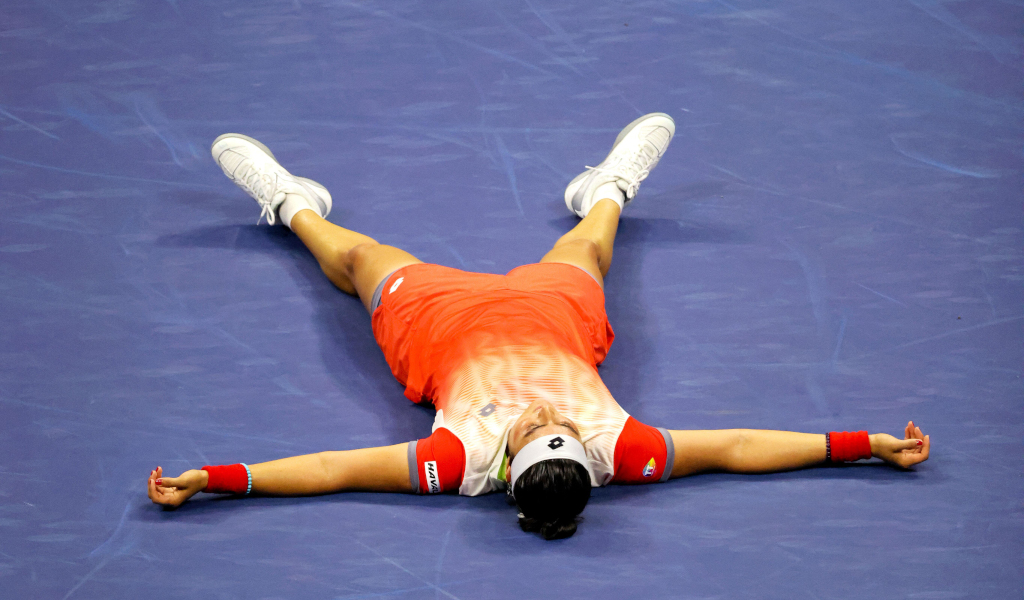 Ons Jabeur became the first woman from Africa to reach the final of the US Open with an emphatic win over Caroline Garcia and afterwards she vowed not to be overawed by the occasion, saying she will be “going for everything”.

Barely two months after reaching her maiden Grand Slam final at Wimbledon where she finished runner-up to Elena Rybakina, Jabeur finds herself back in a major final after easing past Garcia on Thursday.

The Tunisian rocked Garcia early on with a clinical first set and never looked back as she secured a 6-1, 6-3 victory in just 66 minutes on Arthur Ashe Stadium.

In what has already been a magical season for the 28-year-old, she is now just one win away from becoming the first African and Arab woman to win a major title with Iga Swiatek standing in her way.

After breaking in the opening game of the match, it was all Jabeur as she followed it up with further breaks in games five and six to take the set in under 25 minutes.

It was a typical Jabeur display with drop shots, brilliant volleys and cute angles and, although Garcia put up some resistance in the second set, a single break in game four set up the victory.

Now that she has had a taste of what it is like to play in Grand Slam finals, Jabeur feels she is better prepared.

“It feels more real just to be in the finals again. At Wimbledon I was kind of just living the dream, and I couldn’t believe it. Even after the match, I was just going to do my things and not realising it was an amazing achievement already.

“But now I hope I’m getting used to it. I’m just happy the fact that I backed up the results in Wimbledon and people are not really surprised I’m in the finals.

“I feel very positive about this one. The most important thing is not to regret, because I’m going to give it all on this one. Even if this one is not going to happen, I’m very sure that another one will come.”

She added: “Just going to that [Wimbledon] final was really tough for me, especially the second set. But then I feel like this final, I’m going full in, I’m going for everything.”

World No 1 Swiatek required three sets to see off Aryna Sabalenka, but the Pole is 2-0 in Grand Slam finals as she won two 2019 and 2022 French Open.

“Iga never loses finals, so it’s going to be very tough,” the Tunisian said. “It’s going to be tough match. Definitely going for my revenge. I love playing on this surface, and I feel like I know exactly what to do against her.”