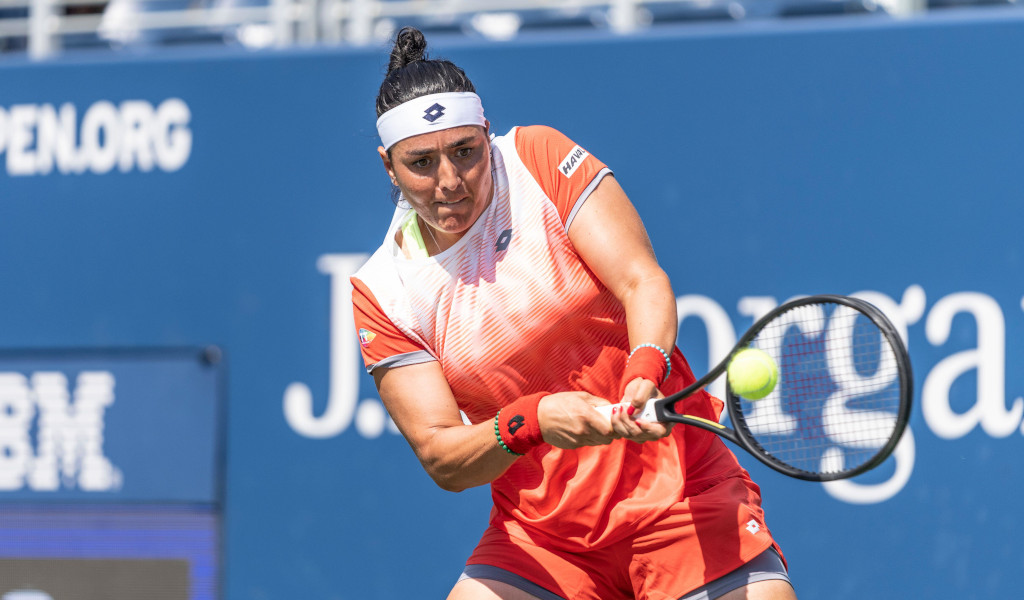 Ons Jabeur had to dig deep to complete a comeback victory over Shelby Rogers to reach the fourth round of the US Open for the first time.

Jabeur had lost her two previous third round matches at the US Open in 2019 and 2021 but was able to break her duck and ensure that she has now reached the second week of all four Grand Slams.

She has now beaten Rogers in all three of their meetings denying the American a fourth win over a top ten player at a Grand Slam.

The Silicon Valley Classic finalist did take the first set but was unable to hold off a big fightback from the Tunisian.

Jabeur was at her entertaining best throughout the clash during which she was physically ill at courtside.

Rogers would save five match points but eventually Jabeur clinched the match at the sixth time of asking.

“Finally,” Jabeur said in her post-match press conference. “[The US Open second week] means a lot. You know, I know that I don’t play the best on hard court, but it’s always amazing to see how I’m improving, how I’m pushing my limits.

“I just don’t want to stop here. You know how much I love New York, how much I want to be here. Just amazing to put the hard work, even though the preparation for the hard court season wasn’t great. But just the main reason to be here and the main goal for me is always to play good here.

Next up for Jabeur is something of a bogey player in Veronika Kudermetova.

Kudermetova holds a 3-0 head-to-head career record over Jabeur and also reached the fourth round by quickly dismantling Dalma Galfi 6-2, 6-0 in just 46 minutes.

However, Jabeur feels that only puts more pressure on the 25-year-old Russian.

She promised that she will do whatever it takes to get the win and turn around her series.

“The thing is, the pressure’s on her, she always won against me,” said Jabeur.

“Now I feel like I really need to listen to what [coach] Issam [Jellali] has to say to really figure out how I’m gonna win this one. In Grand Slams sometimes you just have to keep fighting and just get the win, even playing ugly.”

Jabeur and Kudermetova will meet in the US Open fourth round on Sunday.