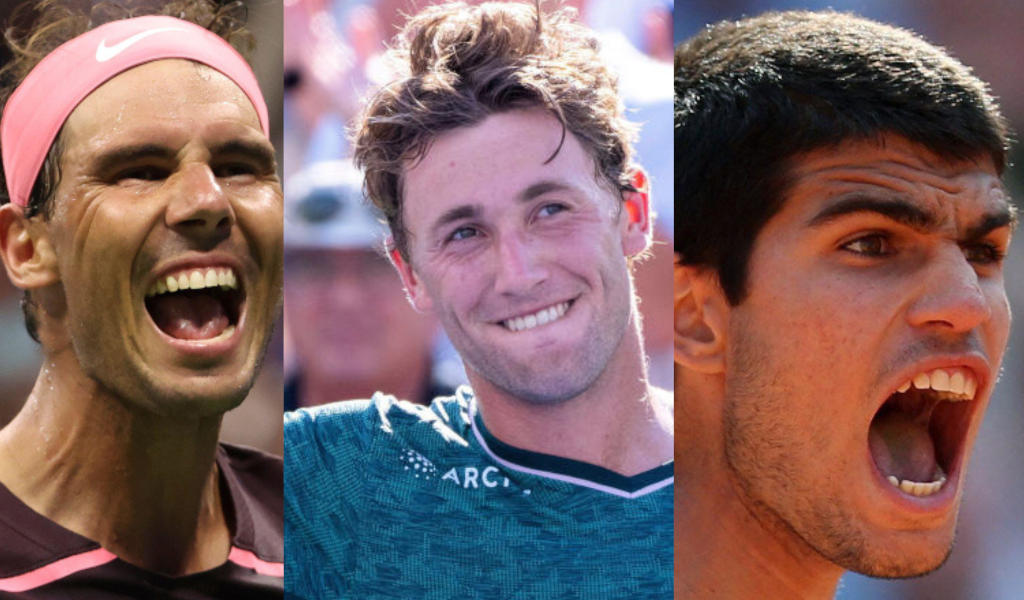 Rafael Nadal has moved to the top of the ATP Live Rankings despite his exit from the US Open after defeat to Frances Tiafoe and could be crowned as the new World No 1 when the rankings officially update on Monday.

For Rafael Nadal to hold the top ranking next week he needs compatriot Carlos Alcaraz and Norway’s Casper Ruud to miss out on the final.

Sitting in opposite halves of the draw a final between Alcaraz and Ruud remains a possibility which would see Nadal slip back to third in the ATP Rankings, in the same position he started his run in New York from.

Nadal became the first player to clinch his place at the ATP Tour finals this week and Alcaraz and Ruud can join him if they reach the championship match at Flushing Meadows.

Alcaraz has now matched his 2021 performance protecting his rankings points but he faces a player looking to launch himself into the top ten in the US Open quarter-finals.

Having seen off Marin Cilic in a five-set battle the prospect of meeting Jannik Sinner again after successive losses to the Italian young gun might just lead to a momentary hit to the seemingly indomitable confidence of Alcaraz.

Likewise, Ruud faces no easy task as he has a match against Sinner’s more experienced but in-form countryman Matteo Berrettini in the quarter-finals.

A deep run could also see World No 14 Berrettini break back into the top ten.

Tiafoe may have ended Nadal’s run but if he harbours ambitions of becoming the New US No 1 he will have to win the US Open.

He will set out to better coach Wayne Ferreira’s best efforts at the Grand Slam when he faces Andrey Rublev in the last eight and could sneak into the top ten if he becomes the first American to win the men’s singles at Flushing Meadows since Andy Roddick 19 years ago.

Rublev is likely to have already done enough to secure himself a return to the top ten but could still overtake compatriot and soon to be former World No 1 Daniil Medvedev.

Of the eight players left in the US Open’s men’s singles only Karen Khachanov would fail to break into the top ten of the ATP Rankings with a championship win.

Khachanov will face Nick Kyrgios in the quarter-finals with the Australian in line to reach a career-high ranking if he can reach the final.

Kyrgios’ previous ceiling had been reached at World No 13 but he has been a different player since his run to the Wimbledon final.

There are three men who stand a chance to be the new World No 1 and for both Alcaraz and Ruud it would be the first time they attain the summit. Rafael Nadal would be returning to the top spot for a 210th week.