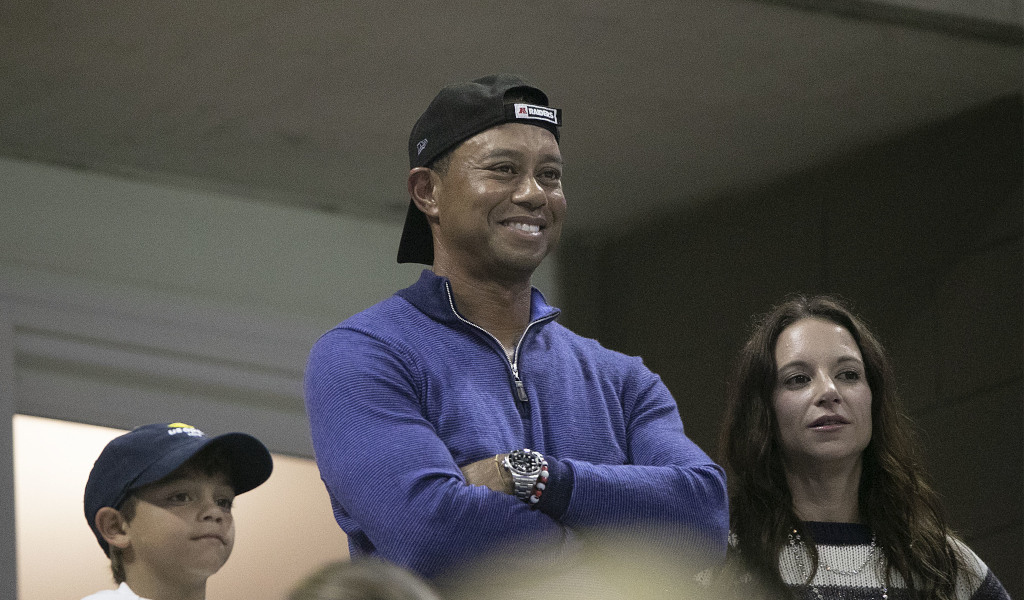 “A very special thing”, “a pleasure”, “it means a lot” and “a real inspiration” are just some of the ways Rafael Nadal described Tiger Woods’ presence at his US Open match against Marin Cilic.

Woods was inside Arthur Ashe Stadium and the 15 time major golf winner didn’t hide the fact that he was backing the 18-time Grand Slam tennis winner.

After the match Nadal was asked about his famous supporter.

“It’s a huge honour to play in front of all of [New York fans] but to play in front of Tiger is a very special thing,” the Spaniard said during his court-side interview with ESPN. “I’ve always said that I don’t have idols, but if I did I would have to say that one idol is him.

“I always try to follow him, every single shot through the whole year. For me it’s a pleasure to have him here supporting me. It means a lot. He’s a big legend of sport, one of the greatest sportsmen of all time. I want to congratulate him for one of the most amazing comebacks of the sport ever when he won The Masters this year.”

He added: “Watching him on the golf course, has been an example, a real inspiration for me. (To) have him supporting and be able to be in touch with him very often for me is something that I am super happy and I hope one day we can play golf and tennis together.”