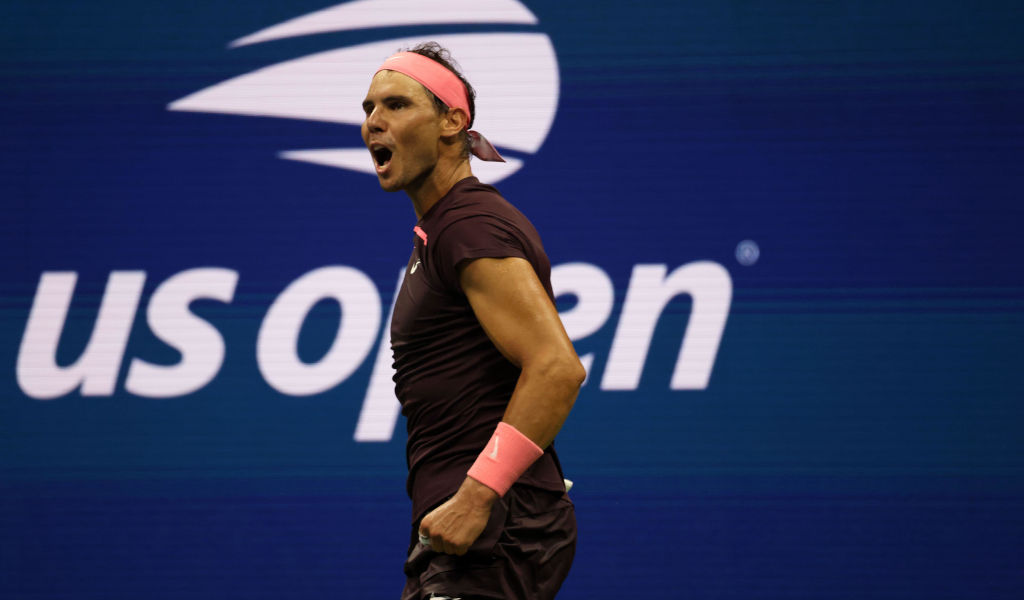 Rafael Nadal lost his opening set at the US Open for the first time in his career but was buoyed by his recovery to beat Rinky Hijikata.

Nadal is short on matches after suffering an abdominal tear at Wimbledon and Australian wild card Hijikata seized his opportunity on Arthur Ashe Stadium with a brilliant first set.

But Nadal, who is yet to lose a grand slam match this year, hit back straight away and clinched a 4-6 6-2 6-3 6-3 victory to set up a second-round clash with fellow veteran Fabio Fognini.

Good to be back. pic.twitter.com/mNfWkicNnO

“It’s been a long wait. For some time I thought I may not be able to be back, so I am super happy. Night sessions are the best,” Rafael Nadal said. “I just have to be humble and accept the process, day after day in practices and matches and stay positive.”

Nadal said: “Obviously it was a tough match. I think I started not that bad the first couple of games but then I had some opportunities that I was not able to make.

“I think I didn’t play a good game with my serve. Then he had the break. Then I was a little bit nervous. First match here in New York after three years, night session, it’s always exciting. I went through this tough moment.

“But then I think I played better. It was not perfect. But I’m happy. Second match in 50 days, more or less. In some way it was not the day to play perfect. It’s a day to just make the job done, and that’s what I did. Happy for that.”

Nadal isn’t 100 per cent happy with his form but understands that he needs to be patient if he is to make it into week two of this Grand Slam.

“It’s always the same story: things are not perfect when you are not competing very often, when you come back from injury.

“That’s what I did today,” Nadal said.

“I am able to play again in two days, and I hope to play better.”

Italian Fognini handed Nadal his first ever grand slam loss from two sets up in 2015 on Arthur Ashe Stadium.

Nadal’s countryman Carlos Alcaraz, the third seed, was given a tough afternoon for two sets by Sebastian Baez before the Argentinian began to struggle with the brutally hot conditions and retired trailing 7-5 7-5 2-0.

Ninth seed Andrey Rublev and 11th seed Jannik Sinner were both pushed to five sets but came through against Laslo Djere and Daniel Altmaier, respectively.