Rafael Nadal will be ‘fired up’ at US Open says pundit – ‘You can never, ever write him off’ 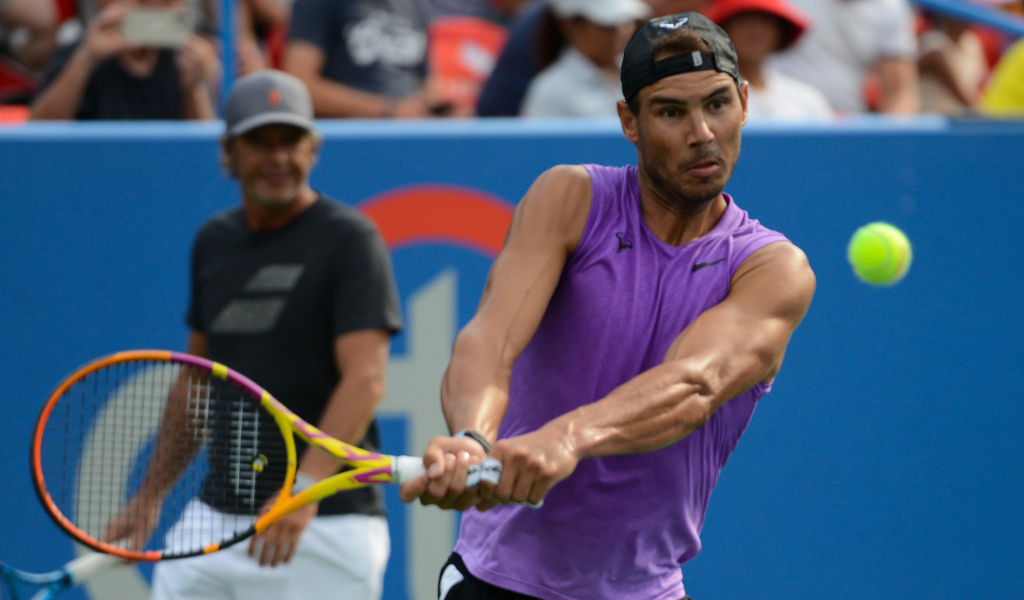 A fully fit Rafael Nadal will be dangerous at the US Open despite his stuttering return to action at the Western & Southern Open, according to tennis analyst Barbara Schett.

The 22-time Grand Slam winner’s competitive comeback from an abdominal injury didn’t go according to plan on Wednesday as he went down in three sets against former world No 12 Borna Coric in the second round of the ATP Masters 1000 tournament.

With it being his first match since he was forced to withdraw from his Wimbledon semi-final, Nadal saw his glass as half full.

“You lose. You move forward. I know the way. The main thing for me is to stay healthy. It has been a difficult injury to manage, to be honest,” he said.

“The last month and a half haven’t been easy because having a tear on the abdominal, you don’t know when it is 100%. So that affects a little bit in terms of not sure if you are able to try your best in every serve.”

Although he lost out on match practice, the early defeat in Cincinnati did result in an extra week off to recover from his injury and Eurosport expert and former world No 7 Schett says it will take a while for Nadal to play freely again, but sees no reason why he won’t be fired up for the US Open.

“Don’t forget that was his first match since that injury,” she said on Eurosport. “The match is always different from practice. And whoever had an abdominal injury and a tear on the abdominal muscles knows how it feels. You have to be extremely cautious. You’re worried that you’re going to reinjure it again.

“And I think that’s what we’ve seen on Wednesday. When he played against Coric, he was a little bit uncertain how the body was going to hold up. And for sure he’s going to feel better and better.

“If there’s no damage to the abdominal muscle, then he still has a week and a half to improve his health, to improve the trust also that he can extend and he can’t bend on the serve because that’s the trickiest shot, the serve and the smash.

“When that is the case, Rafa Nadal certainly can be dangerous again at the US Open. I mean, he’s so fired up at every single Grand Slam.

“We’ve seen this year playing the best tennis of his life. You can never, ever write him off.”

Nadal is 19-0 in Grand Slams this year as he won the Australian Open and French Open to move to 22 Grand Slams while he never took to the court for his clash against Nick Kyrgios at Wimbledon. However, with Novak Djokovic winning the title at SW19, it is now 22-21 to the Spaniard in the race for most majors.

The 36-year-old also won the Melbourne Summer Set and Mexican Open while he also finished runner-up at the Indian Wells Open, but he has struggled with injury outside of those events as a rib stress fracture sidelined him in April while he struggled with his long-term foot problem after the French Open.