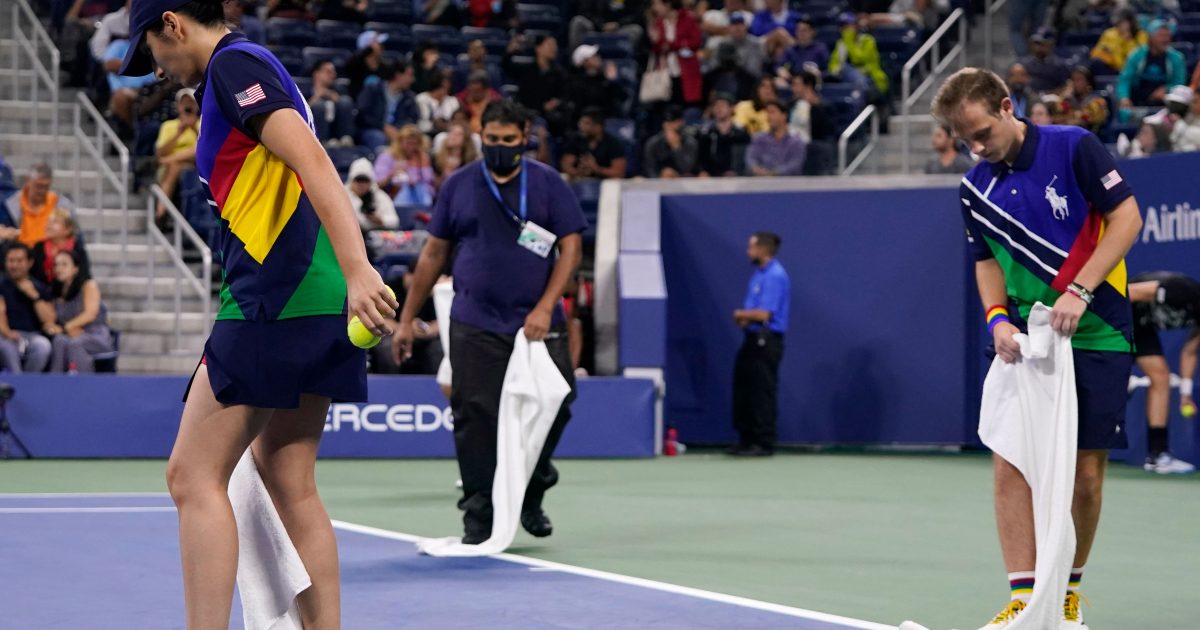 There were bizarre scenes at the US Open when a night match had to be suspended due to rain – despite it being played under a roof.

Play between Kevin Anderson and Diego Schwartzman inside the Louis Armstrong Stadium was halted after the torrential rain in New York began blowing in sideways through openings under the roof.

New York was placed on a tornado watch on Wednesday night after the area was hit by the remnants of tropical storm Ida.

The freak conditions forced the players off the soaking wet court while spectators had to shelter under umbrellas.

The match was initially interrupted for 35 minutes while the surface was dried but after a brief restart – during which 11th seed Schwartzman won the first set on a tie-break – the match was once again suspended.

The scenes on the New York subway were equally wild, as the rain crashed down in Manhatten.

Getting a bit of rain in New York City tonight…@Gothamist @nytimes @NYDailyNews pic.twitter.com/JaC9XA6XC7