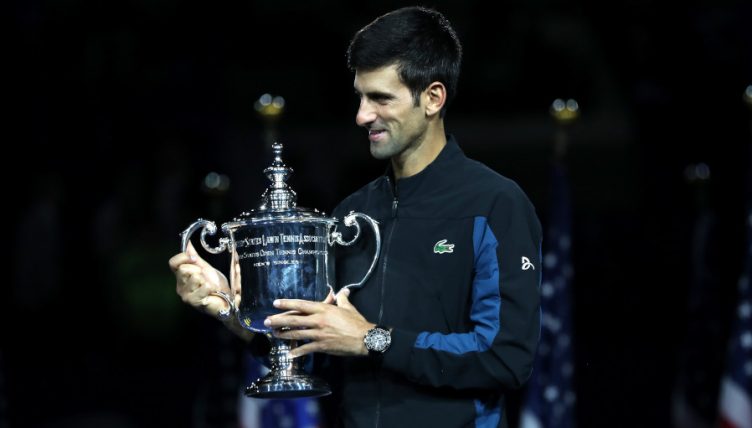 Novak Djokovic proved to be unstoppable in the US Open final as he brushed off Juan Martin del Potro to lift the trophy for a third time.

The Serb took his Grand Slam tally to 14 as he drew level with Pete Sampras in third place, behind Roger Federer (20) and Rafael Nadal (17), while it is also the third time he has done the Wimbledon-US Open double.

It was a powerful display from Djokovic as he beat the Argentine 6-3, 7-6 (7-4), 6-3 in three hours and 16 minutes after being able to resist everything that Del Potro threw at him.

Del Potro came out all guns blazing, but the lone break in the 43-minute opening set came in game eight, and Djokovic then backed it up with a solid service game.

He turned the screws early in the second set with break on the Del Potro serve in the third game, but the Argentine came roaring back three games late.

The Argentine had another chance to break in game eight, which lasted 20 minutes, but the Serb saved three break points and it eventually went to the tie-breaker.

It was Djokovic who came away with the 95-minute second set as he won the tie-breaker against a Del Potro who was starting to misfire, especially on the forehand.

There was no let-up early in the third set as he went for the jugular in the fourth game as Del Potro started to look a defeated man.

But the 2009 champion somehow managed to find a spark and hit back in the next game only for Djokovic refused to budge and claim the crucial break in game eight.

This time he served it out and fell on to his back as he claim his third title at Flushing Meadows.