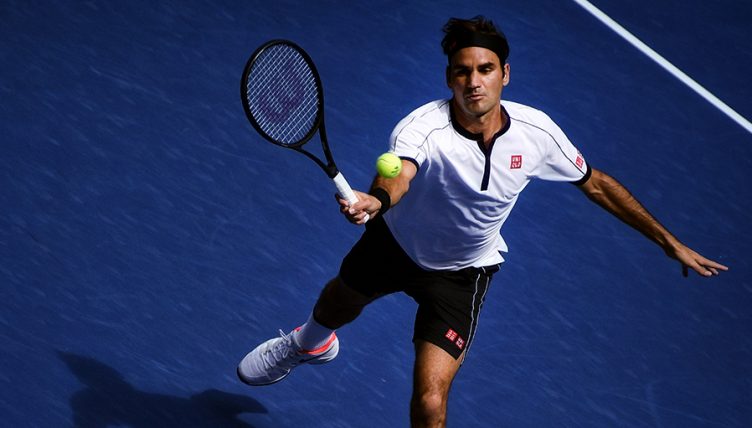 Roger Federer blitzed his way into the US Open quarter-finals after an absolute demolition of David Goffin on Sunday.

Goffin was never involved in the match at all, but Federer was more than happy to take ruthless advantage of the Belgian’s off-day.

“Maybe he struggled a bit early on. But I found my groove after a while and was able to roll really. Never looked back.

“David wasn’t nearly as good as I expected him to be. He was struggling a little bit today. I was able to take advantage of it, and I think that’s the key.

“In a fourth round like this, if you can keep it nice, short, simple, you have to take them. I’m very happy.”

Federer is looking forward to the clash with Dimitrov, the man once considered so similar to the Swiss in style that he earned the nickname ‘Baby Fed.’

Dimitrov has fallen on hard times in the last couple of years, dropping down to 78 in the world rankings after finishing 2017 as high as number three.

The one & only Mr. Roger Federer
😂😂😂☀☀☀
They’ve asked him to hit the ball to the people, but not randomly! 🎥espn pic.twitter.com/1CuqtkB4mm

Federer, though, is happy to see him winning matches again.

“I’m happy that things are going better for him after he won Cincinnati a couple of years ago. Also the World Tour Finals. He had a bit of a slump,” Federer said.

“This is the big quarters for him, obviously with an opportunity against me. I’m aware of the fact it’s a big match for him.

“I’ve done well against him in the past. But new match, new Grigor, new me again. I don’t know where we’re going to be, if it’s day or night, all that stuff.

“But I like watching him. I like playing against him. Of course, when we play, it’s as close as it gets to being a similar playing style.

“I think for both of us it’s cool to play one another.”