Roger Federer on Novak Djokovic: I think he can play even better 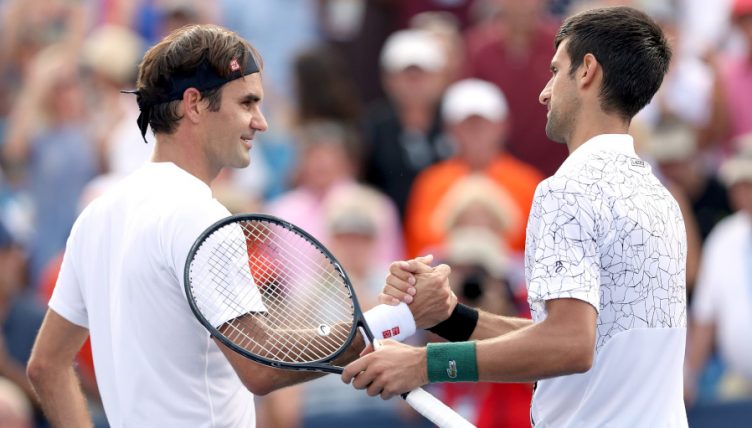 Novak Djokovic is the form player on the ATP Tour, but Roger Federer reckons he can move up another gear.

After a troubled start to the 2018 season that saw him undergo a small medical procedure on his injured elbow, Djokovic has bounced back superbly.

He returned to form at Wimbledon as he won his fourth title at SW19 and then a month later he completed the Career Golden Masters as he beat Federer in the final of the Cincinnati Masters to win all nine ATP Masters 1000 titles at least once.

The Serb is back up to No 6 in the world rankings and many believe he is the favourite to win the US Open.

Federer also feels he can up his game even further.

“I think he probably still has more left in him. I think he’s playing well, but I think he can even play better,” the 20-time Grand Slam winner said.

Stan Wawrinka and Andy Murray are also in the early stages of their comeback after serious injury.

Federer, of course, knows what they are going through as the Swiss was also written off not too long ago, but then regained full fitness and found form that saw him won three more Grand Slams and return to the top of the rankings.

“If you have an injury that always keeps on hurting and you’re always playing with fear of your next step or your next match, it can really rob you with your confidence in terms of movement and then you will never be the same player again.

“I think Stan had a little bit of that. So with Novak it has not been the movement. It’s been more the arm. We could see that when he came back when he wasn’t quite ready yet. His serve wasn’t really working. He wasn’t hitting his spots. He wasn’t serving as well as he was in the past.

“So I don’t know if it’s a mental thing there or actually the arm doesn’t allow you to do it. It really depends on where you come from.”