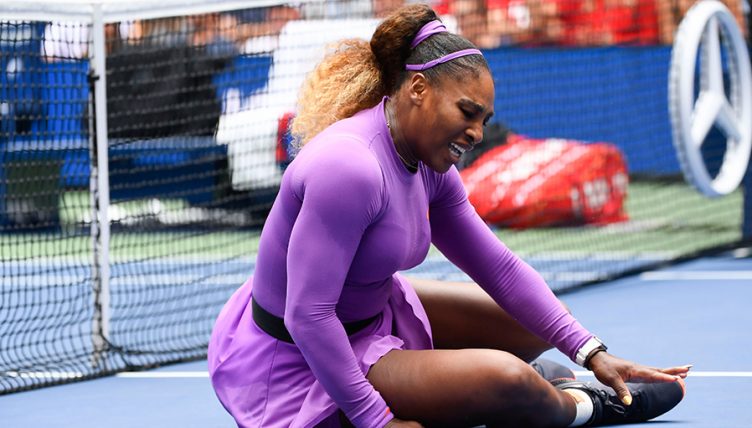 Lightning nearly struck twice for Serena Williams, but she survived a big injury scare to overcome Petra Matic to move into the US Open quarter-finals.

In scenes reminiscent of the Australian Open in January, when Williams rolled her ankle while holding match point against Karolina Pliskova – a match she eventually lost – the 37-year-old once again stumbled awkwardly in a Grand Slam second set.

This time, however, luck was with her, and she managed to play on and ease to a 6-3, 6-4 success, despite requiring a medical time-out on court.

And, afterwards, she was keen to dismiss any concerns that the injury is a serious one.

“I usually know if it’s horrible early on,” Williams said of the ankle.

“I had a really bad ankle sprain in January. I was like, instantly, ‘No, this can’t happen. I’m finally healthy.’ But I’ll see tomorrow. So far I’m good.”

Williams will face Chinese 18th-seed Qiang Wang in the last eight after she cleared Ashleigh Barty from her path to the final.

🎯😝🎯@serenawilliams breaks back and it’s on serve at the moment…#USOpen pic.twitter.com/fqn2adONNT

However, Williams says she can’t afford to take anything for granted.

“Every single match I have played, people come and they plan their best.

“The women that I play are not generally playing at this level against other players in the locker room, so for me, I have to be the greatest whether it’s against the second seed, the number one seed, or the 80th player in the world.