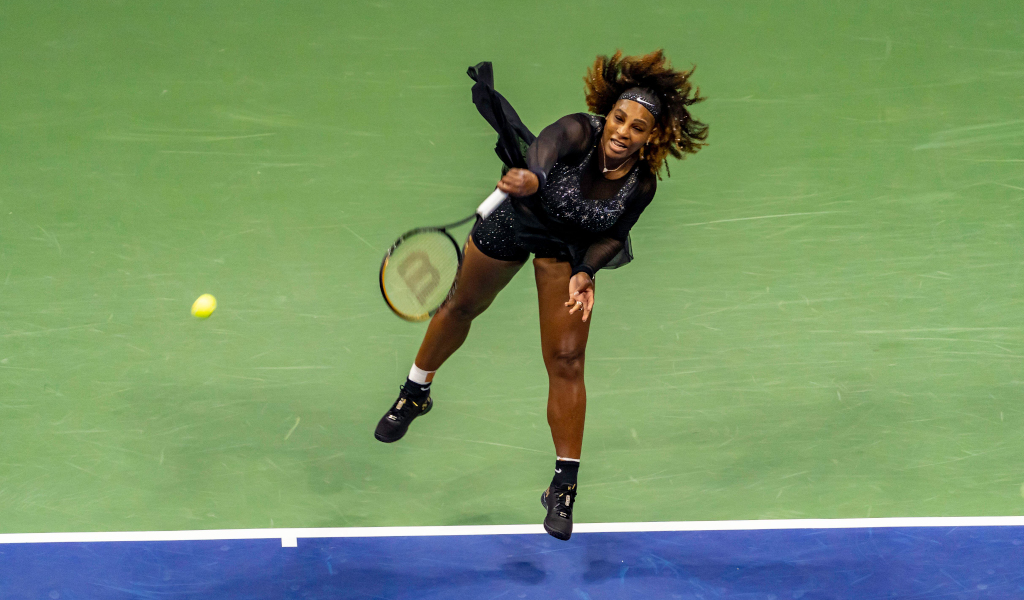 Farewell? What farewell? Serena Williams is clearly not ready to bring the curtain down on her illustrious career as she will return to Flushing Meadows on Friday after a stunning win over world No 2 Anett Kontaveit in the second round of the US Open.

Those inside Arthur Ashe Stadium were as vocal and supportive as they were during her win over Danka Kovinic on Monday and they once again inspired the icon to greater heights.

The six-time US Open champion produced some vintage tennis as she kept her record of never losing a second-round match in New York with her overall tally now 108–14 in New York.

Williams gave the spectators – which once again featured A-list celebrities like Tiger Woods, Billie Jean King, Anna Wintour and Dionne Warwick – plenty of reason to get on their feet as she was up for the challenge from Kontaveit early on.

Williams had the Estonian under pressure in games three and seven as Kontaveit saved five break points in total while the American only faced one break point in game four.

And the 23-time Grand Slam winner took the lead as she broke in game nine that gave her an opportunity to serve for the set, but Kontaveit returned the favour as it went to a tie-breaker. There was a solitary mini-break in the tie-breaker as Williams edged it.

But the wheels fell off in the second set as the world No 2 broke twice to race into a 3-0 lead and, although Williams got one break back, a third break eased the nerves for Kontaveit.

Yet Williams somehow managed to produce some of her best tennis in the decider as suddenly she found some booming serves. She broke to go 2-0 up and the crowd went wild, but their celebrations were short-lived as Kontaveit hit back immediately.

But the spectators were back on their feet in game four as the soon-to-be 41-year-old conjured up yet more magic to take a 3-1 lead, which turned into a 4-1 advantage after a love hold.

Kontaveit then held to love and then had a break point in game 10, but Williams held firm and then broke to love to seal the deal for yet another amazing win.

Williams will face Ajla Tomljanovic in the third round after the 46th-ranked Australian defeated Evgeniya Rodina 1-6, 6-2, 7-5.