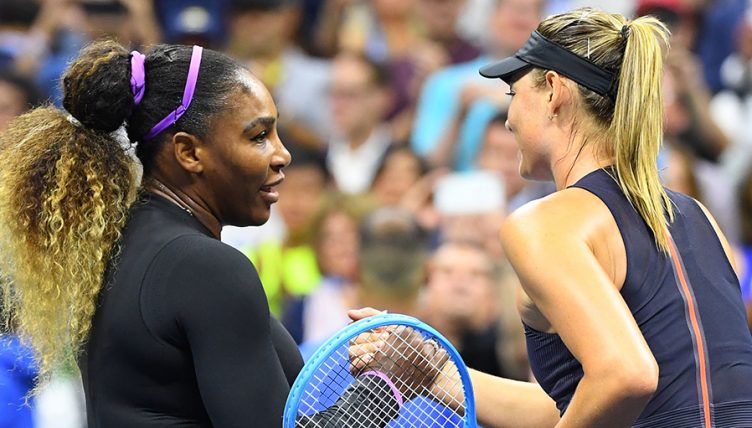 Sharapova has always struggled against Williams, but perhaps expected to do better in this one given her excellent record in night matches at the US Open.

However, she was never really involved in the match, with Williams calmly dismantling to Russian’s game in under an hour.

“Obviously I am going against a player that has won five Grand Slams and has been in finals of even more,” Williams said as she was keen to stress her immense respect for Sharapova.

“It’s not easy and every practice has been very intense because that is an incredibly tough draw. She’s such a good player so you have to be super focused.

“Every time I come up against her I bring out some of my best tennis. She’s the kind of player that gets momentum when she gets going. It was a fun match.”

It was a happy day for Venus Williams too, as she was even more dominant than her younger sister.

The two-time champion dropped just a single game as she dismissed the challenge of China’s Zheng Saisai 6-1, 6-0.

“I was happy with today, so I’m not going to ask for more,” Venus said.

“Whether the win is easy or whether it’s tough, a win is a win.

“Getting to the next round is about getting the win on your side and building yourself up during the tournament and patting yourself on the back for every good achievement.”