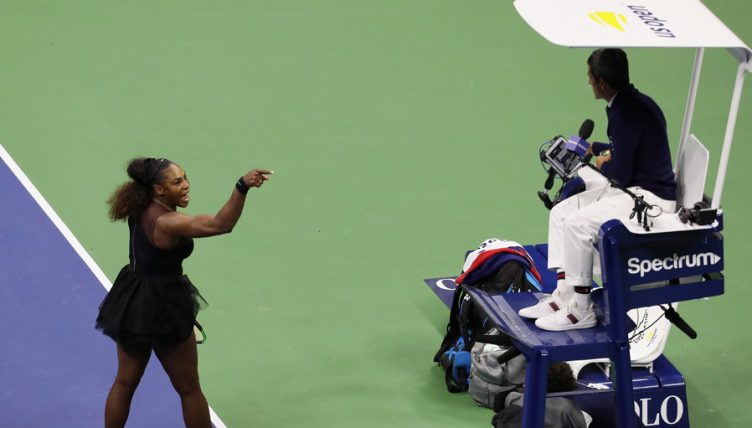 The 2018 US Open women’s final will not be remembered for Naomi Osaka’s maiden Grand Slam win, but Serena Williams’ astonishing on-court rant.

The 23-time- Grand Slam winner was left absolutely seething at receiving a warning for receiving coaching, despite coach Patrick Mouratoglu later admitting that’s exactly what he was doing.

She directed a passionate defence of herself on court, but emotions had clear got the best of her and she picked up a further two code-violations, the second of which carried a game-penalty that allowed Osaka to successfully serve for the title.

“You’re attacking my character,” she said to chair umpire Carlos Ramos. “You will never, ever be on another court of mine. You are the liar.”

Watch some footage of the incident below.

Whoa. Serena Williams goes OFF on chair umpire.
“I have never cheated in my life…You own me an apology.” #USOpen18 pic.twitter.com/IUPqCxp4Oh