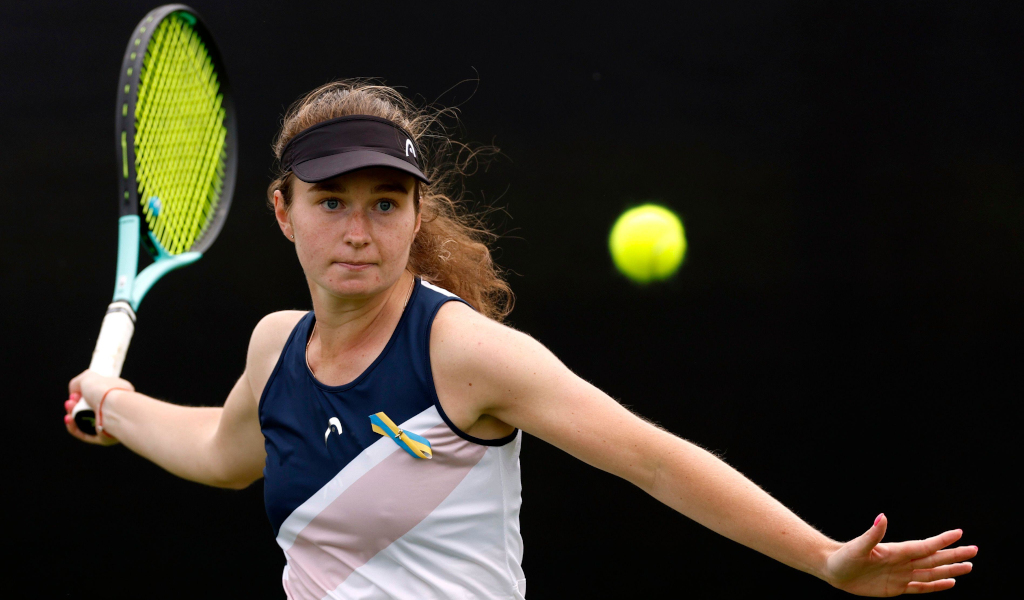 Simona Halep was one of the favourites to win the 2022 US Open, but the two-time major champion fell at the first hurdle as she went down against world No 124 Daria Snigur from Ukraine on Louis Armstrong Stadium.

Playing in her maiden Grand Slam main draw after coming through qualifying, Snigur stunned the former world No 1 in the first set, but Halep drew level in the second set before the youngster wrapped up a 6-2, 0-6, 6-4 upset win.

Take it in, Daria Snigur!

The 20-year-old – who won the Wimbledon girls’ singles title in 2019 – was quick out of the blocks as she broke in games one and three for a 3-0 lead, but Halep got one break back only for the youngster to open a 4-1 lead courtesy a third consecutive break.

Snigur, though, lost her way badly in the second set as she failed to get on the scoreboard after three breaks from her more experienced opponent.

But the tide turned again in the decider with the Ukrainian breaking in games one and five for a 5-1 lead. Halep did get one break back, but the 20-year-old went on to win it on her third match point.

“I’m very happy. I want to say thanks to Simona for a such a great match, it was a great experience for me – it’s impossible to play against Simona and win!” Snigur said during her post-match interview.

Snigur, who is set to surge up the WTA Rankings on the back of the win, takes on either Magdalena Frech or Rebecca Marino in the second round. She only played two main draw matches at WTA level before Monday’s win – losing in the opening round at the Nottingham Open and the Prague Open.

The youngster is set to pick up a minimum of 85 points following her three qualifying and first-round wins and is already projected to move to No 103.

Also in Section 5, Coco Gauff breezed into the next round as the 12th seed brushed aside French qualifier Leolia Jeanjean 6-2, 6-3 on Arthur Ashe Stadium.

“Any time you can win a match is a good day, especially the first round. I was nervous coming on today, but really once the match started I felt the nerves settle. I was having a lot of fun out there.”