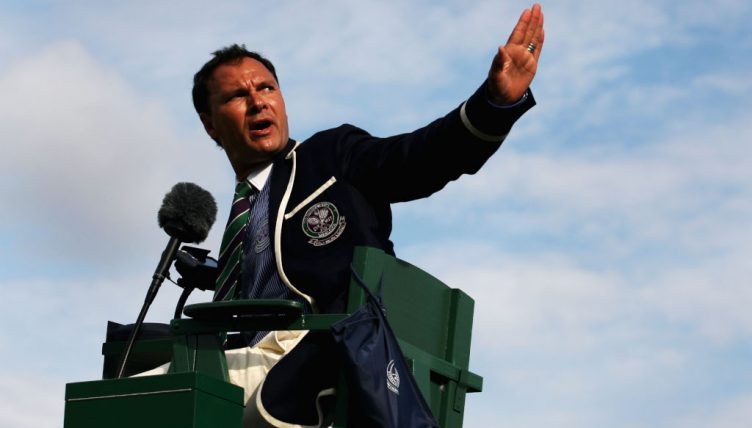 Tennis legend Billy Jean King has called for chair umpire Mohamed Lahyani to be banned from the sport “for life”, after he gave Nick Kyrgios an encouraging pep talk during the US Open.

Kyrgios was struggling in his second-round match a against Pierre-Hugues Herbert at Flushing Meadows until Lahyani came down from his chair and appeared to plead with him to show more commitment to the game.

Those words had a dramatic impact on the Australian, who turned the match around and secured a win that put Lahyani’s role in his revival in the spotlight.

A second controversy then exploded as Serena Williams launching an outspoken attack on umpire Carlos Ramos as she lost Saturday’s US Open final against Naomi Osaka, with the $17,000 fine handed down to the 23-time Grand Slam champion confirming her antics on court infringed the morals of the game.

King was quick to back Williams’ inflammatory and unfounded assessment that the three code violations she received from Ramos were a clear case of sexism on Twitter.

(1/2) Several things went very wrong during the @usopen Women’s Finals today. Coaching on every point should be allowed in tennis. It isn’t, and as a result, a player was penalized for the actions of her coach. This should not happen.

(2/2) When a woman is emotional, she’s “hysterical” and she’s penalized for it. When a man does the same, he’s “outspoken” & and there are no repercussions. Thank you, @serenawilliams, for calling out this double standard. More voices are needed to do the same.

While she modified those views in an interview with CNN, she suggested experienced official Lahyani should be banned from the sport after this role in the Kyrgios match.

“What about Kyrgios the week before when the umpire came down, gave him a pep talk and he ended up winning the match. That umpire should be out for life,” stated King, as she then backed Williams’ views that men are treated differently to women in tennis.

“I do think there is some sexism in the players. Men get away with more, they just do. Men are outspoken when they stand up for themselves, but women are seen as hysterical.

“It’s different now. Women are standing up and being spoken and people have a problem accepting it. I felt the umpire (Ramos) should have told Serena that he was not attacking her character and then things would have been different.

“We have got to get to the point where umpires communicate better with the crowd and the players. We should also allow coaching from the sidelines and I think out of this crisis, this is an opportunity to get it right.”

There are suggestions that tennis umpires may be looking to form their own organisation after the events at the US Open, with officials believed to be infuriated by the WTA’s support for Williams’ claim that her clashes with umpire Ramos were driven by sexism.

“There is a lot of unhappiness in the umpiring community because no one is standing up for officials,” a senior figure told The Guardian.

“Umpires keep asking: ‘What if it was me in that chair on Saturday?’ There is a widespread feeling that Carlos was hung out to dry for nearly 48 hours and that no one is standing up for officials.”