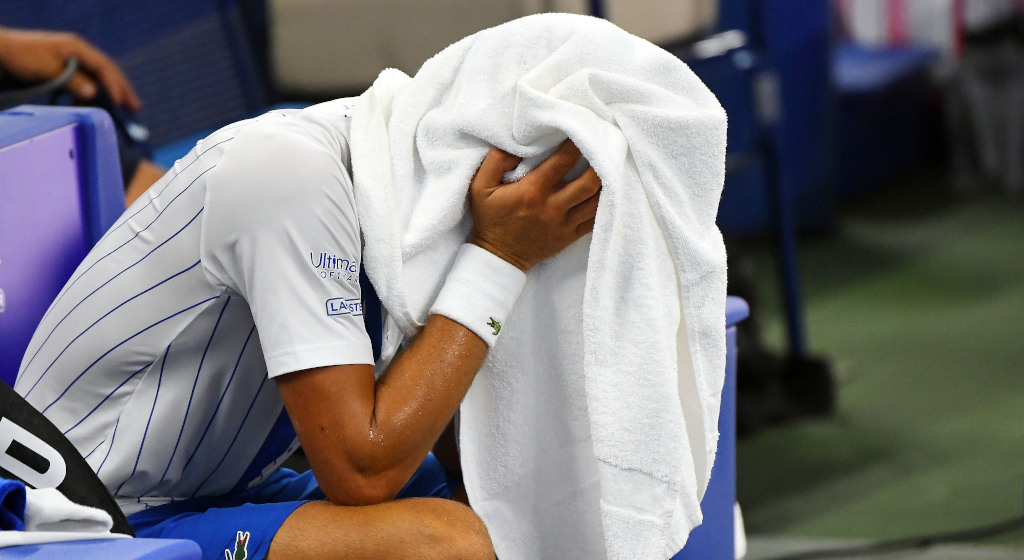 Boris Becker believes Novak Djokovic is living through “the most difficult moment in his entire professional life” after he was defaulted at the US Open.

Djokovic was handed the ultimate penalty after he hit a ball in frustration that struck a lines person in the throat, with tennis legend Becker suggesting the player he coached for an extended period will need time to record from what has happened to him in his fourth-round match with Pablo Carreno Busta.

Comment: Novak Djokovic cannot play the victim this time and needs to accept responsibility for his petulance

“I’m as shocked as anybody,” declared Becker. “Novak and me go way back. We call each other family. This is probably the most difficult moment in his entire professional life. He did break the rule, the decision is correct.

“Novak didn’t like a drop shot that went against him and that’s when he lost his nerve for the first time hitting to the side. Thankfully there were no people, no spectators, but he has a habit sometimes of hitting the ball in the stands. Frustrations started boiling up.

“The ball was hit in the lineswoman’s throat, she fell backwards and she was looking for air. This wasn’t intention, he didn’t want to hit the line judge, but he did hit the ball and those are the rules. Tough one. The supervisors came on and we could feel very early that they only had one choice in this case.

“The biggest star of the US Open has left the tournament, tough decision, but they made the right call. Maybe leaving the court at the end was the toughest moment in Novak Djokovic’s career. He was in the form of life, undefeated this year, on his way to collecting Grand Slam number 18. None of that, now he going to go home.

“He knew exactly he had made a fault, but that is sport and to make it clear, the decision was right. But he’s a sportsman, he’s a strong character, he will bounce back. This is a dark moment.”

Becker went on to suggest Djokovic’s demise will pave the way to a thrilling end to this year’s US Open.

“It’s only the middle Sunday and we already know we will have a new men’s winner – what a crazy tournament,” he added.