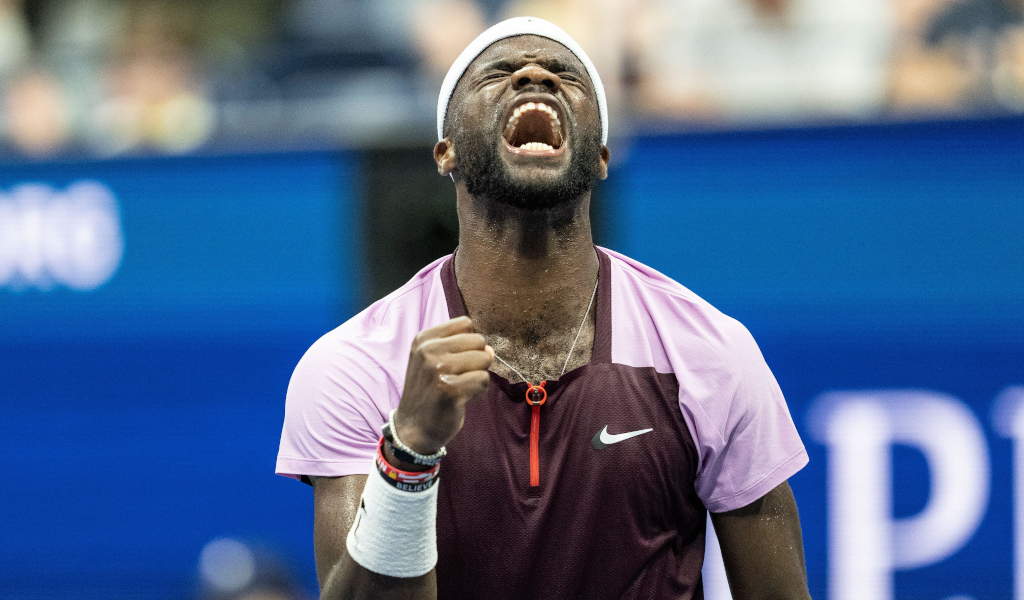 Carlos Alcaraz and Jannik Sinner set a new record for the latest ever finish at the US Open in their quarter-final.

Alcaraz finally clinched a five-set victory over his fellow young gun at 2.50am to book a semi-final against American Frances Tiafoe, who earlier defeated Andrey Rublev.

ALCARAZ BEHIND THE BACK WHAT?!!?!?! pic.twitter.com/ylewLwrqxu

Del Potro back in town

Quotes of the day

“My hotel room right now is a disgrace too. Yeah, it’s pretty bad. Clothes everywhere. My player bank is diabolical. Yeah, it’s getting the job done, so who cares right now,” Frances Tiafoe on his courtside clutter.

“He liked a lot of candy and chocolates and cookies. He’d eat at unusual times. He missed breakfast a lot. He was, in my opinion, not really professional enough.” Wayne Ferreira, the coach of Frances Tiafoe who has made the semi-finals of a Slam for the first time.

“I still don’t know I did it. It was a high quality and unbelievable match. Jannik is a great player. I will never be tired of saying that all the wins I have here are due to the amazing support.” Carlos Alcaraz on his marathon win over Jannik Sinner

“I think this one will hurt for quite a while,” Sinner after his 5-hour, 15-minute defeat

“They took away one opportunity from me, so I worked really hard for this one,” Aryna Sabalenka on being motivated to make the semi-finals by the Wimbledon ban on Belarusian and Russian players.

“Let me double-check. I just don’t really know the surname, but just know the name Gavin,” Sabalenka struggling to recall the coach who has helped her improve her service action.

“I should be positive. At the same time I’m like, three quarter-finals. Sorry, but it sucks. It sucks,” Jessica Pegula after her defeat by Iga Swiatek which was her fourth Slam quarter-final loss.

“I’m trying to pee for doping. Although it does help ease the loss,” Pegula drinking a can of beer at her post-match news conference.

The night session on Thursday will see the two women’s finalists decided.

Caroline Garcia and Ons Jabeur will both bid to reach their first grand slam final in the opening match before Swiatek meets Sabalenka.

In the men’s doubles semi-finals, Joe Salisbury and Neal Skupski will look to set up a battle of Britain with their respective partners Rajeev Ram and Wesley Koolhof.