Iga Swiatek added a first US Open title to her two French Open crowns with victory over Ons Jabeur in the women’s final at Flushing Meadows.

World No 1 Swiatek cemented her status at the top of the women’s game with a 6-2, 7-6 (7-5) victory over Jabeur, whose search for a first Slam title goes on after she also finished runner-up at Wimbledon earlier this year. 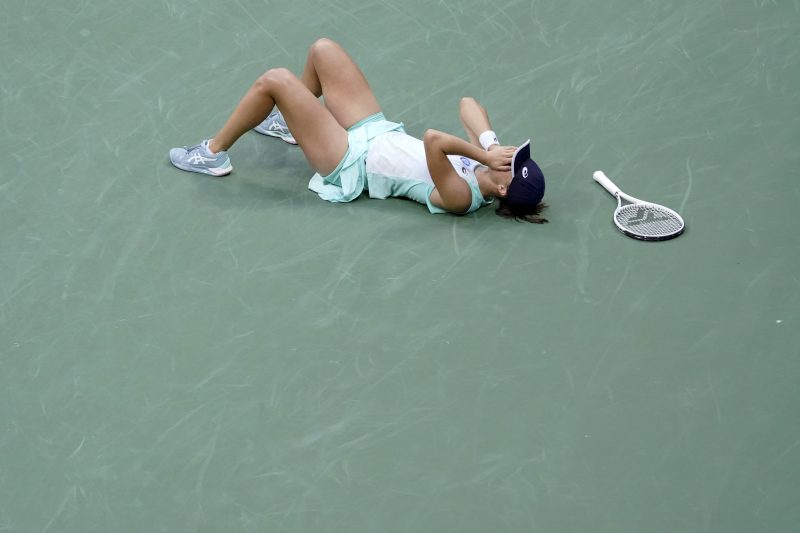 “I’m really glad that it’s not in cash.” – Iga Swiatek as she collected a cheque for $2.6m

Alexandra Eala created history for the Philippines as she won the title after defeating Lucie Havlickova from the Czech Republic 6–2, 6–4.

The Australian duo of Storm Sanders and John Peers beat Kirsten Flipkens from Belgium and Frenchman Edouard Roger-Vasselin in the final, 4–6, 6–4, (10–7) to secure their maiden mixed doubles title.

After his painful five-set loss to Carlos Alcaraz in the semi-finals on Friday, Frances Tiafoe pulled out of the USA team to take on Great Britain, Kazakhstan and the Netherlands at the Davis Cup in Glasgow next week.

Carlos Alcaraz and Casper Ruud do battle in the men’s final on Sunday with more than just the title on the line.

Spanish teenager Alcaraz is coming off three five-set matches in a row while Ruud dropped only two sets in his three matches before the final.

Great Britain’s Hewett is bidding for the title in the men’s wheelchair singles but must try to stop the ever-impressive Shingo Kunieda, who is going for the calendar Grand Slam.