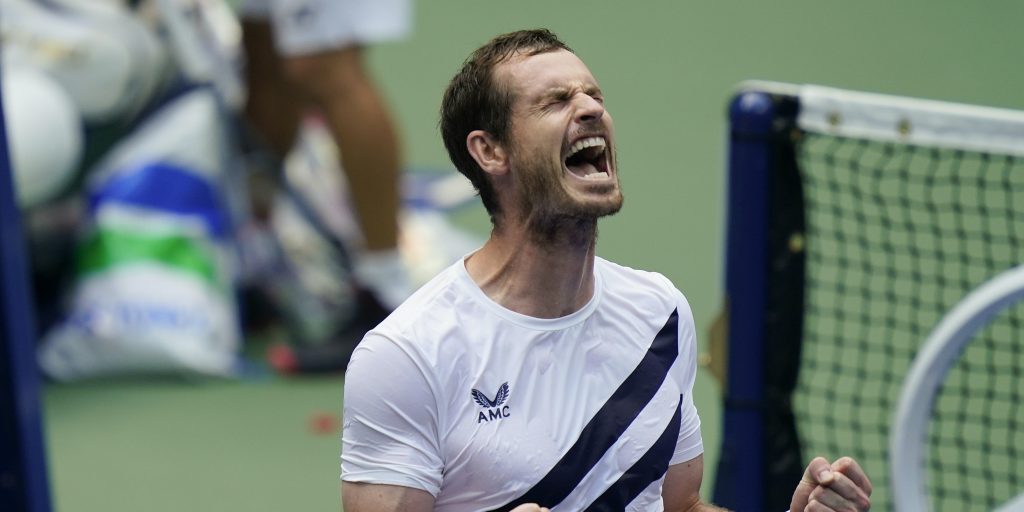 A look back at day two at the US Open that featured Andy Murray’s spectacular return to Grand Slam singles and another record for Serena Williams.

Johanna Konta won the battle of the Brits against Heather Watson and Dan Evans also cruised through, ensuring four British men would reach round two of the US Open for the first time since 1974.

Williams, meanwhile, continued her quest for a record-equalling 24th Grand Slam singles title with a straight sets win over American compatriot Kristie Ahn as she notched up her 102nd US Open win.

Legendary stuff from @andy_murray as he completes the comeback and defeats Nishioka in 5 sets to advance to R2 at the #USOpen. pic.twitter.com/MDVIDuJnIr

Murray has now won 10 singles matches after coming from two sets behind. He is now level with Roger Federer on the most for an active player.

Sumit Nagal was literally all over the court today 🏃‍♂️@nagalsumit I #USOpen pic.twitter.com/M3D3f2aHIn

Beard of the day

Marin Cilic sported a “lucky beard” when he won the US Open title in 2014 – a similar beard was in evidence as he fought from two sets down to dispatch Denis Kudla.

This is what former Grand Slam champs do.

Kyle Edmund takes on world number one Novak Djokovic while Cam Norrie looks to repeat his first round heroics against Federico Coria. Former champion Naomi Osaka is back in action against Italy’s Camila Giorgi.