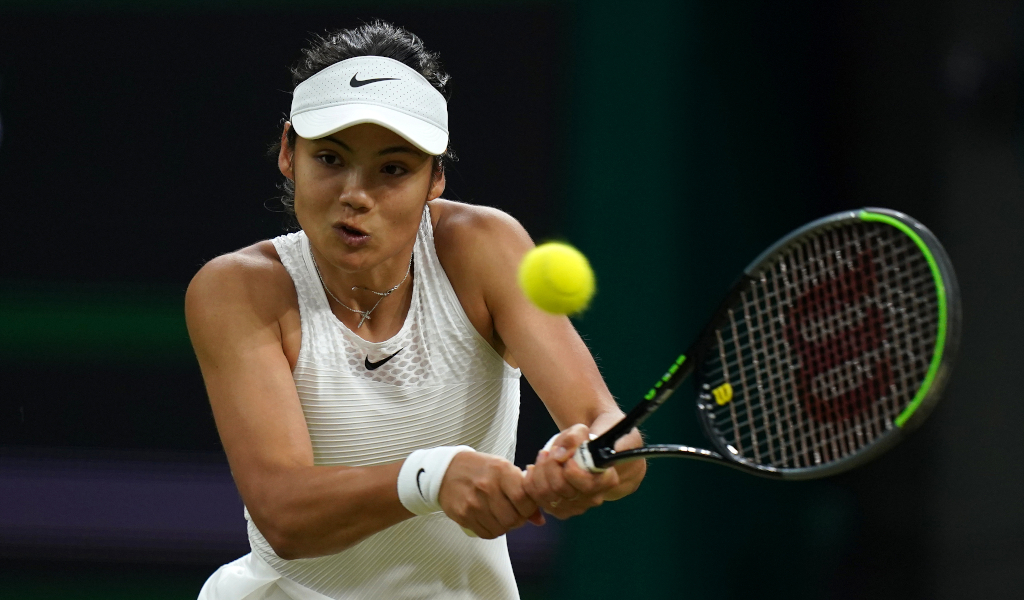 The 2021 US Open qualifying draw has been released and British teenager Emma Raducanu as well as Harriet Dart, Katie Boulter, Francesca Jones, Jodie Burrage, Samantha Murray Sharan and Liam Broady will be in action in New York over the next few days.

Raducanu, who reached the fourth round at Wimbledon after being handed a wildcard for her main draw debut, has been seeded 31st and will face Bibiane Schoofs from the Netherlands first up.

The 18-year-old heads to New York on the back of finishing runner-up at the WTA 125K Chicago event where she lost against Clara Tauson in the final.

Raducanu’s clash against Schoofs has been scheduled for Wednesday and the winner will face either Daria Snigur from the Ukraine or Mariam Bolkvadze from Georgia next while fourth seed Mayar Sherif from Egyptian could be the final qualifying round opponent.

Dart, who is seeded 31st, Boulter and Burrage will also be in action on Wednesday and the former takes on Peyton Stearns from the United States with 12th seed Viktoriya Tomova likely to be an opponent in the final qualifying round should they both come through two matches.

Boulter faces American Gabriella Price and eighth seed Kristina Kucova from Slovakia is the dangerwoman in that section. Burrage, who finds herself in the same section as top seed Ana Konjuh from Croatia, squares off against American Robin Montgomery in the first round.

Murray Sharan and Jones are in action on Tuesday and the former is up against Richel Hogenkamp from the Netherlands while Jones takes on Elizabeth Mandlik from the United States.

Broady is the only British player in the men’s draw and he is seeded 25th, but faces a tricky path as Tatsuma Ito from Japan is first up while top seed Benjamin Bonzi from France is likely to be the man to beat in the final qualifying round.

Amazong Prime Video will broadcast the US Open qualifying tournament and they will have the world feed commentary on five of the 14 televised courts.