US Open quarter-finals day ten: TV schedule, how to watch 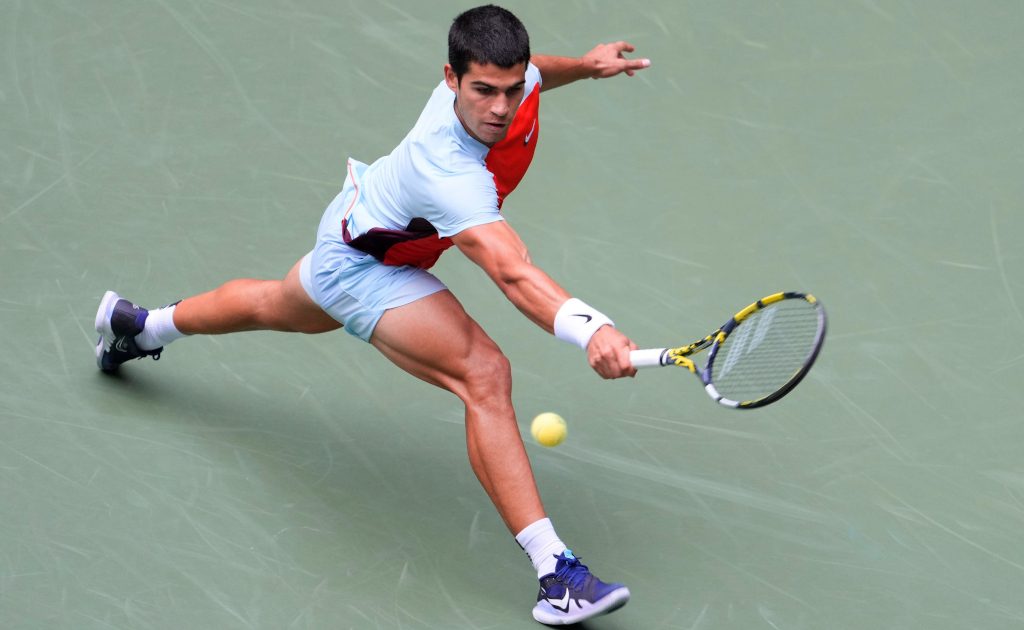 The US Open semi-final lineups will be completed when Wednesday’s action on the Arthur Ashe Stadium court wraps.

In the men’s singles, we already know that Casper Ruud will face Karen Kachanov in one semi-final.

The settled women’s singles semi-final is a meeting between 17th seed Caroline Garcia of France and Tunisia’s Ons Jabeur.

Frances Tiafoe and Jessica Pegula are the last two Americans left standing, and their matches will take centre stage on either side of the afternoon break.

Before the home hopes defend the star-spangled banner though, Czech star Karolina Pliskova faces a flagless Aryna Sabalenka in the opening match of the day on centre court.

Tiafoe also faces a bannerless player in Andrey Rublev who will be out to keep hopes of an all-Russian US Open final alive.

‘Big Foe’ downing a Russian threat would be a crowd pleaser on centre court in the wake of his incredible upset of Rafael Nadal last time out.

Pegula faces the daunting task of carrying American hopes in the women’s singles against World No 1 Iga Swiatek.

Their women’s singles quarter-final kicks off an evening session scheduled to start at midnight BST.

Jannik Sinner and Carlos Alcaraz will settle the men’s semi-final lineup in the final match of the day on Centre Court.

Sinner and Alcaraz have already contested a thrilling Grand Slam battle this season with the Italian coming out on top in the fourth round at Wimbledon.

The stakes are higher for Alcaraz this time, having lost the last two against Sinner, while he harbours hopes of becoming the new World No 1 through his exploits at Flushing Meadows.

ESPN coverage will be split between their primary channel, ESPN2 ESPN3, ESPN+ and the ESPN App.
Additional broadcast partners: