Serena Williams brings the experience and Bianca Andreescu will provide the youth factor so the 2019 US Open women’s final is set to be a cracker.

One is going in search of a record-equalling 24th Grand Slam title, the other is appearing in a major final for the first time. One won her first Grand Slam trophy in 1999, the other was only born the following year.

It’s a final that ticks all the boxes, but will Williams hold aloft her 24th Grand Slam come Saturday? Or will Andreescu lift her maiden major trophy?

We give you all the info you need to know ahead of the US Open women’s final.

Recent form
Since losing the Wimbledon final in straight sets to Simona Halep, Williams has played in only two tournaments namely the Canadian Open and now the US Open.

She reached the final in Toronto, but retired due to injury handing Andreescu the Rogers Cup on home soil.

Andreescu on the other hand didn’t play the grass-court season due to injury, but opened her hard-court swing with a fairytale title at the Canadian Open.

Head-to-head
Their one and only meeting came just a few weeks ago at the Canadian Open and it’s hard to judge as Williams retired after only four games due to a back injury.

Andreescu was leading 3-1 and was dominating when the injured American threw in the towel.

Serena Williams: “I felt more prepared this tournament. I mean, Wimbledon I probably had a week to prepare, so that was amazing. Australia, I was super prepared. I did great, then rolled my ankle. I shouldn’t have even played the French Open. That was just a bonus just to compete in another Grand Slam.

“I just had a really tough year with injuries, mostly bad luck. I just needed to get injury-free.”

Bianca Andreescu: “I’ve always dreamt of this moment ever since I was a little kid. But I don’t think many people would have actually thought that it would become a reality.

“I think for me, it all started in Auckland, then in Indian Wells. I just kept believing in myself. But I think that moment after the match, I was just in shock. At the same time I fought really hard to get to this point, so I really think I deserve to be in the finals on Saturday.”

Williams on facing Andreescu: “She really knows how to mix up the game and play different shots in different ways. Above all, I just like her as a person. She’s amazing.

“Like I said, she’s a great player. She mixes things up. You never know what is going to come from her.

“She does everything else. She serves well, moves well, has a ton of power. She’s very exciting to watch. It’s good. I think it’s great for women’s tennis.”

Andreescu on facing Williams: “I remember always telling my team I would have always wanted to play [Williams] right before she retires. I’m really looking forward to it. She’s an amazing champion on and off the court. It’s going to be fun.

“I remember watching her when I was about 10. I watched her win most of her Grand Slam titles. I think she’s fighting for her 24th on Saturday. I’m sure she’s going to bring her A-game. I’m going to try to bring my A-game, too. Hopefully, I guess, may the best player win.” 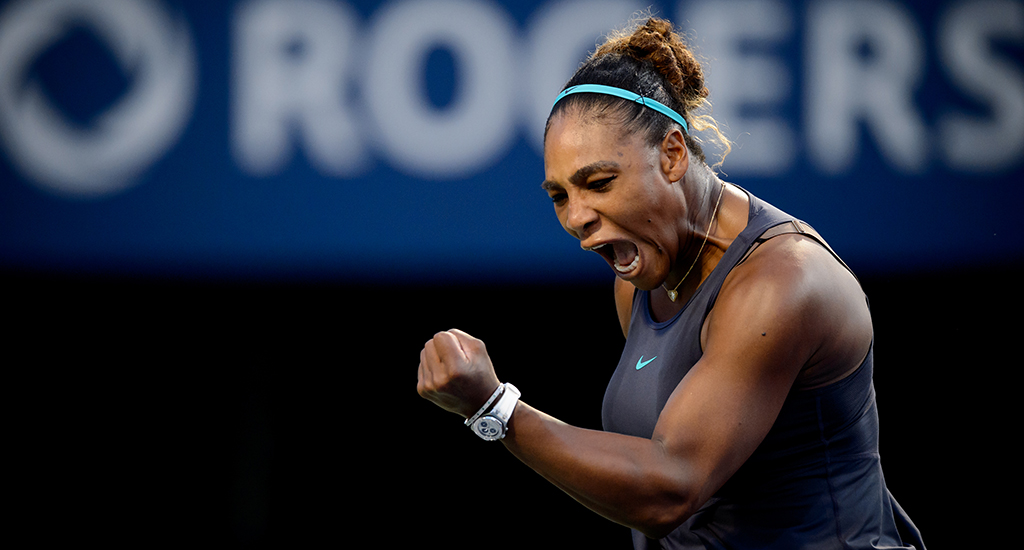 Conclusion
This is Serena Williams’ fourth Grand Slam final since giving birth to her daughter and the previous three had a similar feel to them. If her opponent gets on top early, there appears to be no way back. It happened against Angelique Kerber at Wimbledon in 2018, against Naomi Osaka at the US Open last year and against Simona Halep at SW19 earlier this year.

Williams can’t afford to get off to another slow start as someone like Andreescu, despite her inexperience and young age, will simply overpower her.

The bookies have Williams as the slight favourite with 1/4 the best you are going to get.

Although Andreescu doesn’t necessarily have the edge, you feel the youngsters take no prisoners and they are happy to swing wildly as they basically have nothing to lose, which was the case with Naomi Osaka in last year’s final.

The message from Andreescu’s coaching staff will no doubt be “try to dominate early on”.

It all depends on what kind of start Williams makes. If it’s a solid start then we could be in for a cracker, but if Andreescu makes a statement early on then it could be one-way traffic for the Canadian.