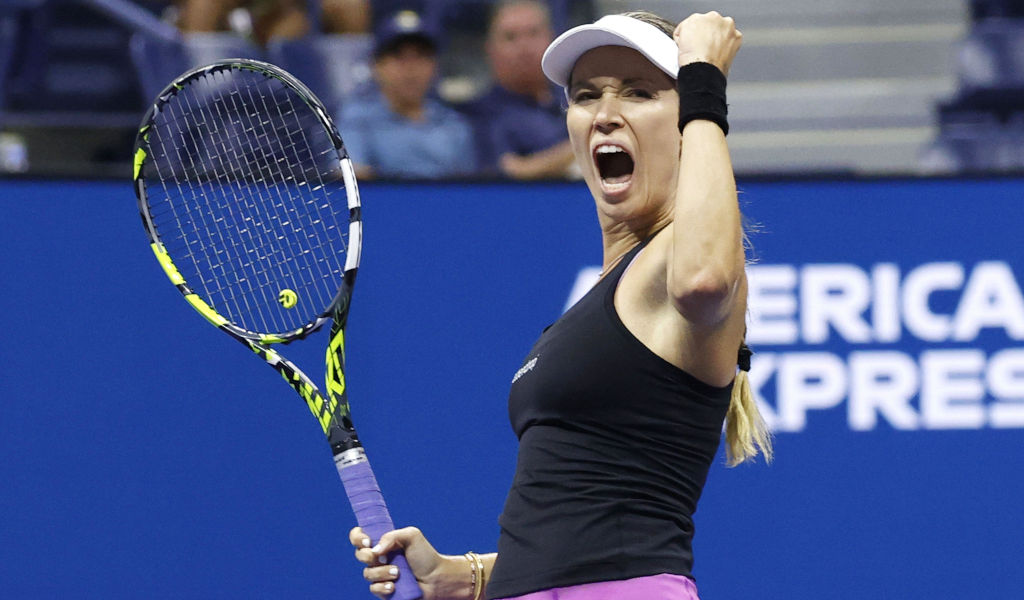 Danielle Collins dealt with former World No 1 Naomi Osaka with ruthless efficiency and her win adds to a number of other positive results for the home contingent.

While the home herd will inevitably thin given the sheer number who earned spots through rankings, wildcards and qualification.

The women’s draw seemingly offers the best hope of crowning an American winner at the final Grand Slam of the year.

Collins is among those with ambitions of becoming a Grand Slam champion in New York.

She took lessons from previous defeats to Japan’s Osaka to help her down a dangerous opponent and move on.

“When you lose to someone three times you get a lot of information on what you can do better,” Collins said.

“With Naomi being the player that she is, she definitely whooped me the last time. I just had to learn from that and make adjustments and I think I did that.”

Collins admitted to getting the rub of the green on occassion but felt she was good money for her win.

“I got lucky in some big moments,” Collins said. “But I was working really hard for the points. She wasn’t giving me a ton much free ones. Really overall I think it was a solid match, high level of tennis from both of us.”

Collins had dismissed concerns about her match fitness ahead of her opening match assignment.

“When I made finals in Australian Open, I didn’t play any warmup tournaments,” Collins said in a pre-match chat with Pam Shriver.

“That gave me a lot of confidence. I was thinking my best results in Slams have been when sometimes I don’t play a warmup tournament. I made the quarterfinals of the French back in 2020. Didn’t play any clay court tournaments that year before. Just went out and felt really good. I guess it works for me sometimes.”

Osaka felt like Collins had her number on the day and deserved credit for being bold in her gameplan.

“I thought she was really aggressive on my second serve, so I had to change it up a little bit,” Osaka said.

“She still was able to be quite aggressive, so I thought that was really good on her. I also felt like her plan was to immediately put me in defense, so she would have hit the ball no matter what type of ball I hit on her side of the court.”

Other strong US contenders include current US No 1 Jessica Pegula who eased past Switzerland’s Viktorija Golubic in the bright sunshine on Tuesday.

Pegula is on course for a quarter-final meeting with World No 1 Iga Swiatek but the Polish superstar with have to get past another former US Open champion in the second round when she faces Sloane Stephens.

Coco Gauff, the 12th seed, and Madison Keys, 20th seed, have a chance to set an All-American third round match with the former facing Elena Gabriela Ruse on Wednesday while the latter will seek to down Camila Giorgi for a place in the Round of 32 in New York.