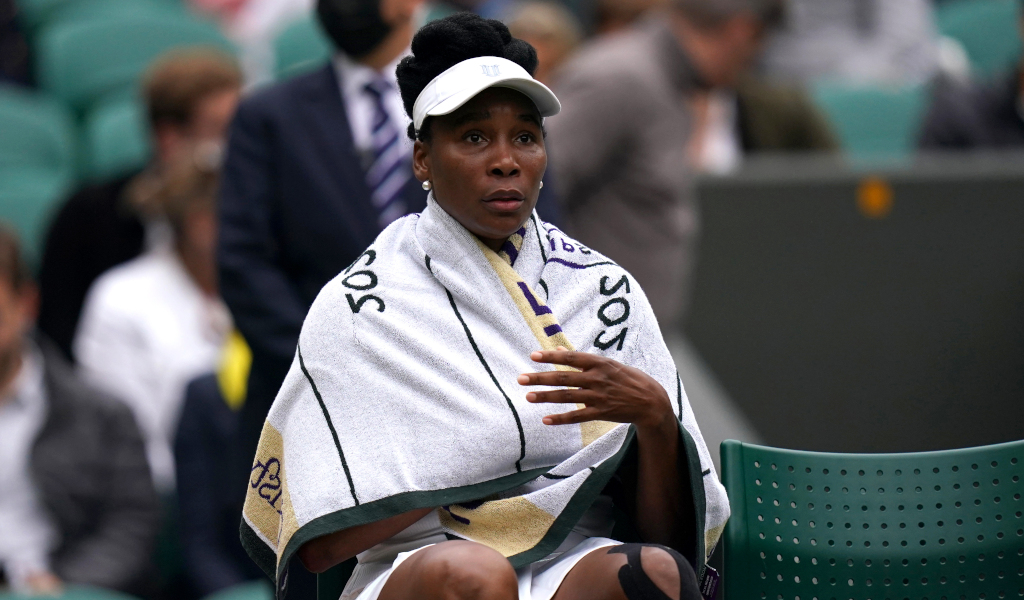 Venus Williams admits she is not sure when she will be back in action following her withdrawal from the US Open due to injury.

Just hours after her sister Serena Williams pulled out of the final Grand Slam of the year due to a torn hamstring, Venus also announced she also won’t participate as she has failed to recover from a long-standing leg injury.

The tennis great received a wildcard entry into the main draw at Flushing Meadows and played in the Chicago Women’s Open this week to test her leg.

However, she lost in the opening round while the injury also persisted.

It will be the first time since 2003 that both the Williams sisters will miss the US Open.

Not the best news everyone. I am joining @serenawilliams @RafaelNadal and @rogerfederer on the injured list. It’s still going to be a great US Open & many thanks to the @usta for the wild card. I was so looking forward to it, but it was not meant to be this year. I will be back! pic.twitter.com/s0PRgdSSx2

“Not the best news from Serena and I today,” Venus said. “I too am unable to play the US Open. It’s super, super, super disappointing.

“Having some issues with my leg all this summer and I just couldn’t work through it. I tried my best here in Chicago but I just was unable to figure out the equation. There have been so many times where I have been able to figure it out even not in the best of my health.

“But this time I just couldn’t make any miracles work.

“I am going to miss the Open, it is my favourite Slam. We have had so many amazing memories there and I can’t wait to get back out there on the court, whenever that is. I will work with my team to make it as soon as I can. No date at this time.”

She added: “In all seriousness, I am really disappointed. It’s a tough time right now, but like all tough times, they don’t last forever.”