Victoria Azarenka’s powerful lines on getting rid of her ego, maturing and being vulnerable 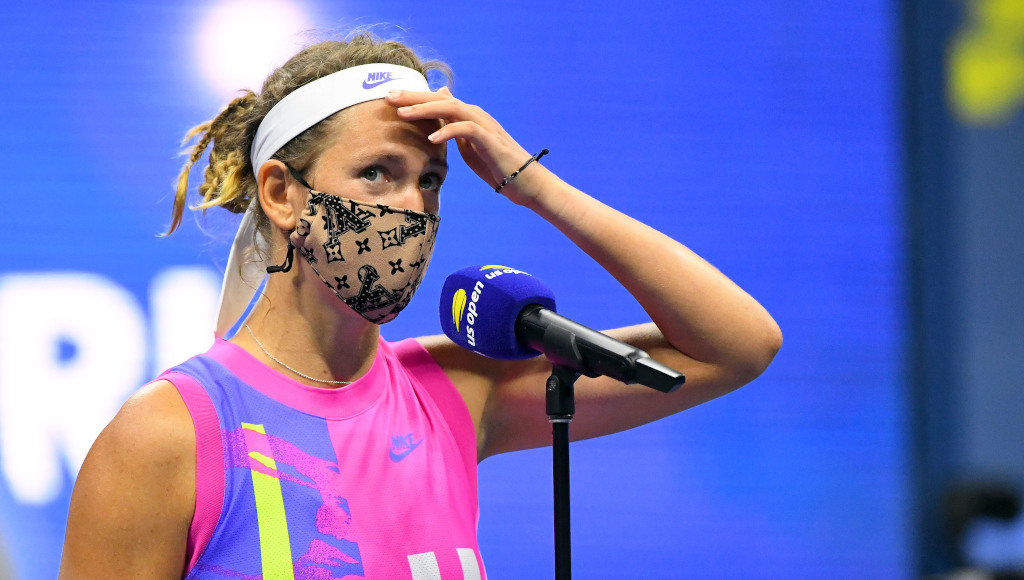 Victoria Azarenka delivered some candid quotes during her post-match press conference following her US Open semi-final win over Serena Williams.

The two-time Grand Slam winner will be playing in her third final at Flushing Meadows after she overcame a nightmare start to beat Williams 1-6, 6-3, 6-3.

It will be the Belarusian’s first Grand Slam final since she lost the 2013 US Open against Williams.

But it will be a different player and person to the one that was on top of the world back then as Azarenka admits she has grown a lot the past few years.

“I think when you’re coming up from kind of nothing, then you become a No 1 player in the world, sometimes you can start to think you’re invincible and that you’re better than everybody, and it’s not true. So the ego starts to grow. It’s very hurtful when it gets damaged, so…,” she said.

“Instead of getting the ego damaged, I tried to remove that and learn from my mistakes of that ego, and realising, maturing, that being a tennis player doesn’t make you better or worse than anybody else, that you’re still human, and all you can do is try to be the best version of yourself and keep improving.

“I try to put that aside, but not when I play card games. It’s still so big (smiling).”

Vika Azarenka goes from unseeded to the final of the #USOpen pic.twitter.com/r5ofqdmqET

Asked what tools she used to get rid of her ego, she replied: “The best tools were me losing a lot of matches. That was the biggest tool that I could get. I could continue to stay on my high horse or I could just change it and learn from that.

Azarenka lost in the first round of the 2019 Australian Open against Laura Siegemund and was pretty emotional during the post-match conference.

It was her first appearance in Australian since she gave birth to her son Leo in 2016, but nearly two years down the line and she feels she has grown as a person.

“Vulnerability is good. Having emotions is good,” she said. “For me personally, feeling myself constantly as why things happen to me the way they happened was not beneficial. I stopped doing that.

“I think that shows on the tennis court, too.”