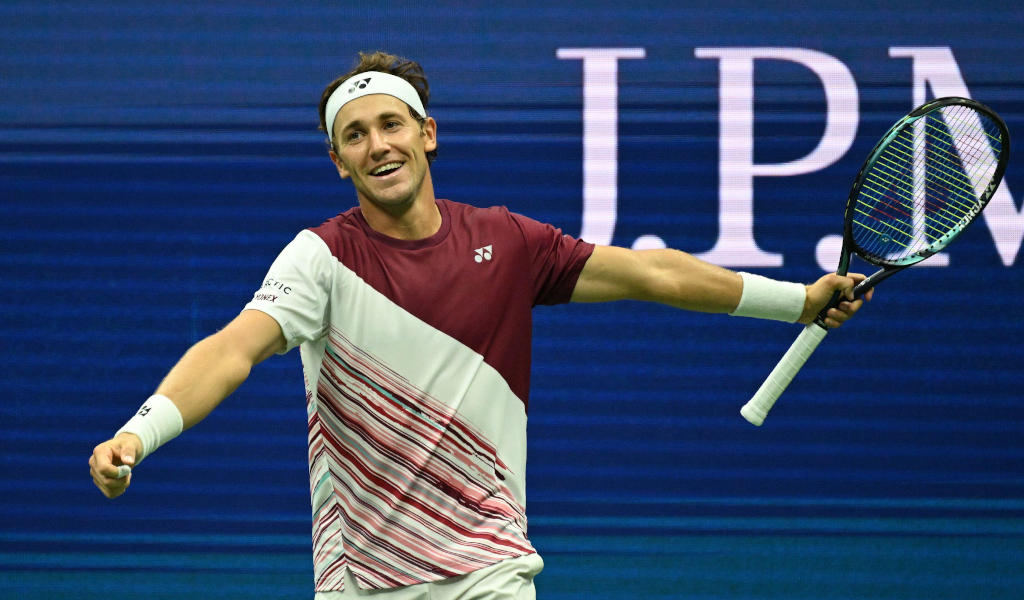 It took Casper Ruud 76 seconds to win a 55-shot rally during his semi-final match against Karen Khachanov with the Norwegian admitting it was key to him ultimately winning the match.

Some of the biggest hitters in tennis take about 30 seconds to go through a whole game, but Ruud and Khachanov dished up a point for the ages and it took place at a crucial moment in the match.

The pair were pretty evenly matched in the first set as it went to a tie-breaker and it took one mini break for Ruud to wrapped up the set.

But he had to do it the hard way as they slugged it out for one minute and 16 seconds on set point.

A gift for your highlight-loving eyes.@CasperRuud98 wins an incredible 55-ball rally on set point. 😮💨 pic.twitter.com/VMDkX4Q4Ew

After the match Ruud explained why it was crucial not to lose that point.

“It was a very important point in the match. Of course, set point. I had not wasted two because he served well on the two previous set points. I knew this [was] a chance to win the first set. I’m on my serve,” the 23-year-old explained.

“I missed a serve by small margins the first serve. Looked like it could be an ace. Second serve we played for the rally. I think we both just refused to do a mistake knowing how important that point is.”

Of course it was an energy-sapping point and Ruud – who admitted in his post-match press conference that he was tired, but determined not to show his opponent that he was out on his feet – was just happy he could end it with a winner.

“Towards the end the pulse was getting very high and the legs were almost shaking at a point. I was able to at one point there where I just ripped the backhand down the line and went for it sort of. Could stretch my arms in the air and win the first set.

“Like I said, I think it was a key factor to win the second set, and that gave of course motivation and energy to play good and keep going in the second.”

Ruud went on to win the match in four sets and he will face Carlos Alcaraz in Sunday’s final with not only the US Open trophy on the line, but also the world No 1 ranking.