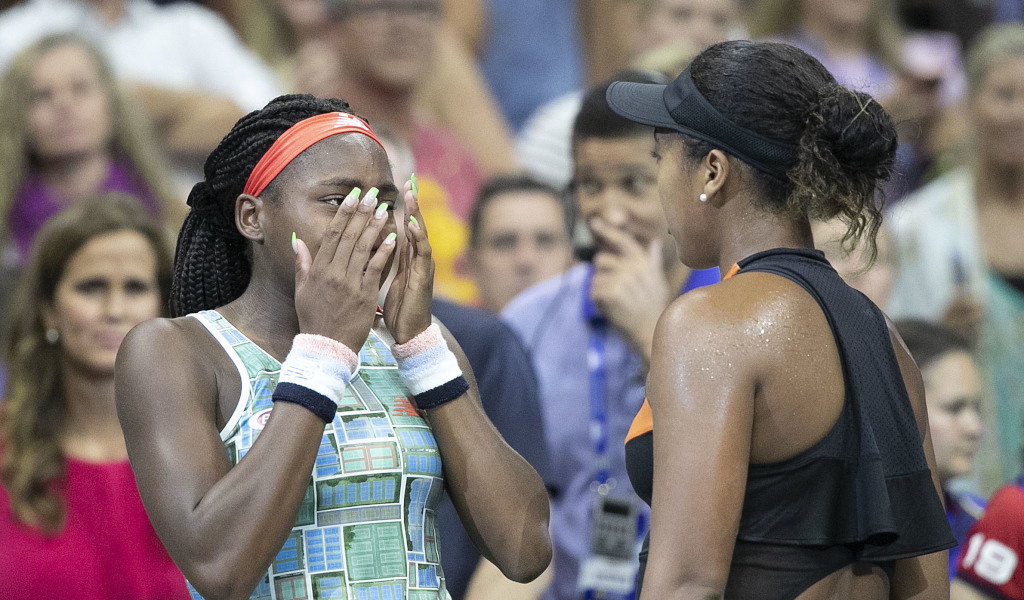 It was an emotional end to the Naomi Osaka-Coco Gauff clash, but both players had nothing but praise for each other after their US Open meeting.

In an encounter that the likes of Serena Williams dubbed as the “future of women’s tennis”, it was defending champion Osaka who proved to be way too strong for the 15-year-old Gauff as she won a 6-3, 6-0.

At the conclusion of the match, Osaka embraced Gauff and invited the American to do her on-court interview with her.

“She encouraged me to do it [the interview],” Gauff told ESPN.

“I said ‘no’ because I knew I would cry the whole time, but she encouraged me to do it.

“It was amazing, she did amazing and I am going to learn a lot from this match. She has been so sweet to me, so thank you for this.”

After the interview Gauff added: “Thank you, Naomi. I don’t want people to think that I’m trying to take this moment away from her, because she really deserves it.”

She continued: “You guys raised an amazing player.

“I remember I used to see you guys training in the same place as us.”For me, like the fact that both of us made it, and we’re both still working as hard as we can, I think it’s incredible. I think you guys are amazing. I think, Coco, you’re amazing.”