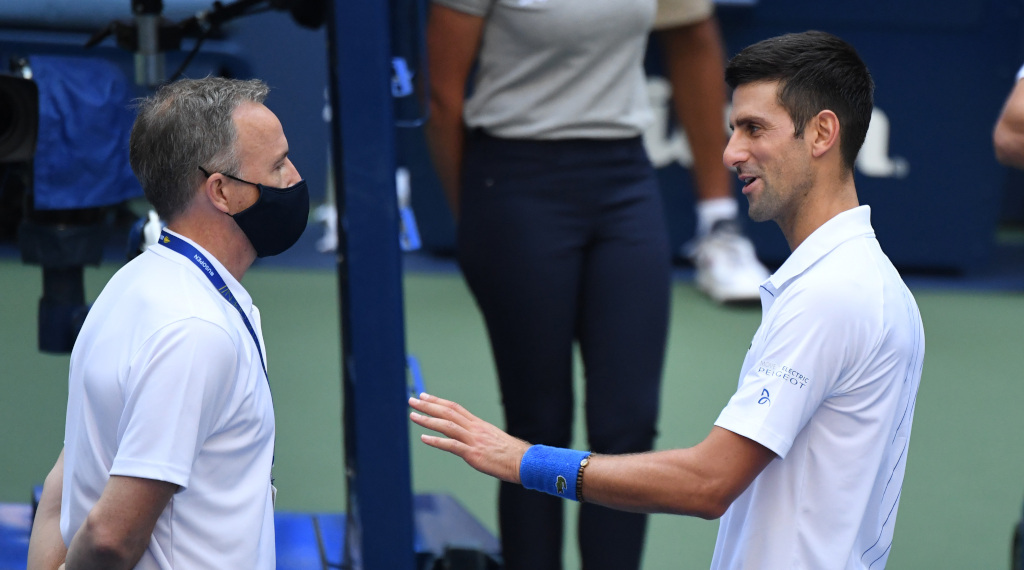 “You’re going to choose a default in this situation? My career, Grand Slam, centre stage,” Novak Djokovic was overheard telling the tournament referee after he learned he was being thrown out of the 2020 US Open.

Djokovic stunned the tennis world when he accidentally hit a line judge with a ball during his clash against Spain’s Pablo Carreno Busta.

Upset after dropping his serve to go 6-5 behind, the Serb took a ball out of his pocked and, without looking, tried to hit it back to a ball kid, but it struck the female line judge in the throat.

Lengthy discussions followed with tournament officials and the world No 1 was eventually defaulted.

The 17-time Grand Slam winner, though, pleaded with the tournament referee and argued: “She doesn’t have to go to the hospital for this.

“You’re going to choose a default in this situation? My career, Grand Slam, centre stage.

“If she would have gotten up right away… You have a game penalty, set penalty, many options.”