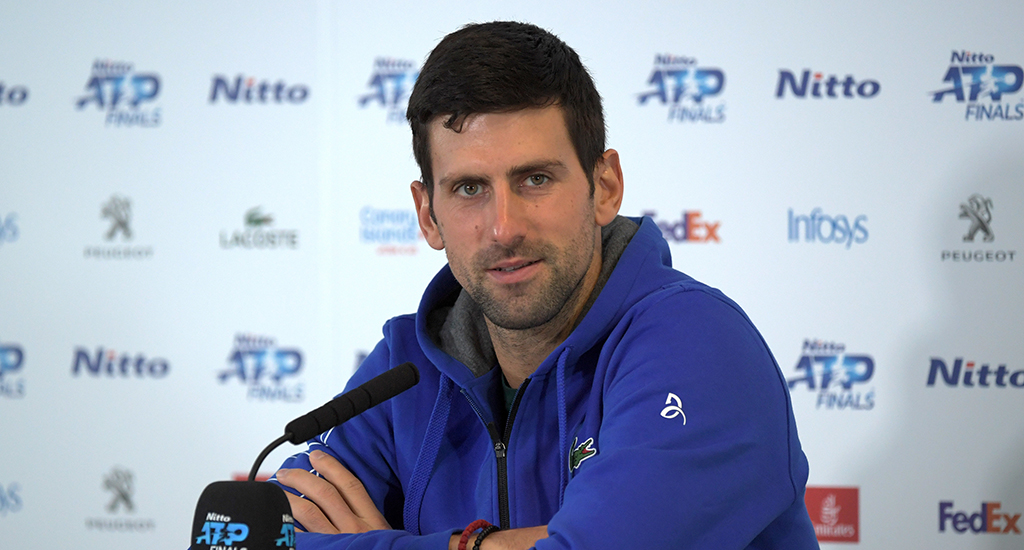 Novak Djokovic joined Mats Wilander and Alex Corretja as the latest guest on Eurosport’s Tennis Legends vodcast. To watch the full episode, tune in on Thursday 25 June at 19:00 CET on Eurosport 1 and the Eurosport App.

After hinting he would not play at the US Open if it went ahead as scheduled at the end of August in New York, he has now updated his views and given a more positive appraisal of what looks set to be the second Grand Slam of the tennis year.

“I’m very glad to see in the news that the ATP calendar and US Open series it’s going to happen this year and the comeback of international tennis.

“I think it is a fantastic news that the Tour is coming back. I am sure that I am speaking on behalf of all the players and all the tennis fans and everyone involved in the tennis ecosystem. This is what we have been waiting for! For all these months we’ve been hoping and praying that the Tour will continue very soon.

“And I think that a lot of people were sceptical, especially for the US events considering what the US went through as a country during this pandemic, compared to Europe that maybe got out of the pick of the pandemic earlier. So, a lot of people including myself were quite sceptical on whether it would happen or not…

“We are very glad that it is happening of course. And it is very important that we provide opportunities. We provide jobs. We provide opportunities for players who compete. Because in the end of the day this is what we do! As tennis professional we love the sport, we are passionate about it. We miss competing and traveling and in the end of the day we miss being on tour. So, I think this is a very positive news.”

Djokovic on the regulations around the US Open and ATP Tour

“Obviously, the regulations and measures as of today are quite strict! With quarantine and with some players, especially the one from South America not being able to travel out of their countries to come to the states because they have until 1 September and a no departure rule. Like in Argentina for an example but also for other neighbouring countries such as in North America. Hopefully that will change, the ATP and the USTA, everyone is working on it.”

Djokovic hoping travel rules will been loosened before August

“The worst-case scenario is that it remains like this but there is time. I think we have two months until we have the first tournament. It will be Washington/Cincinnati Masters (in New York) and then the US Open. Hopefully every single player who is participating, chosen by ranking and who deserves their place at the US Open will have equal opportunity to travel there and compete as everybody else does.

“This is very, very important because this is the foundation of the ATP and the Foundation of international tennis.”

Djokovic on what needs to happen next

“I am sure that the ATP and the USTA are doing their best to make sure that first of all, first and for most the health of the players is taken care of. The safety also and everything else. I think that they would not announce the return of the Tour on the US hard court and also on clay in Europe if we are not sure that players are safe and able to compete in these conditions. Let’s hope that in the next two months some of those restrictions will loosen up a bit and that we will have a great, great tournament.”