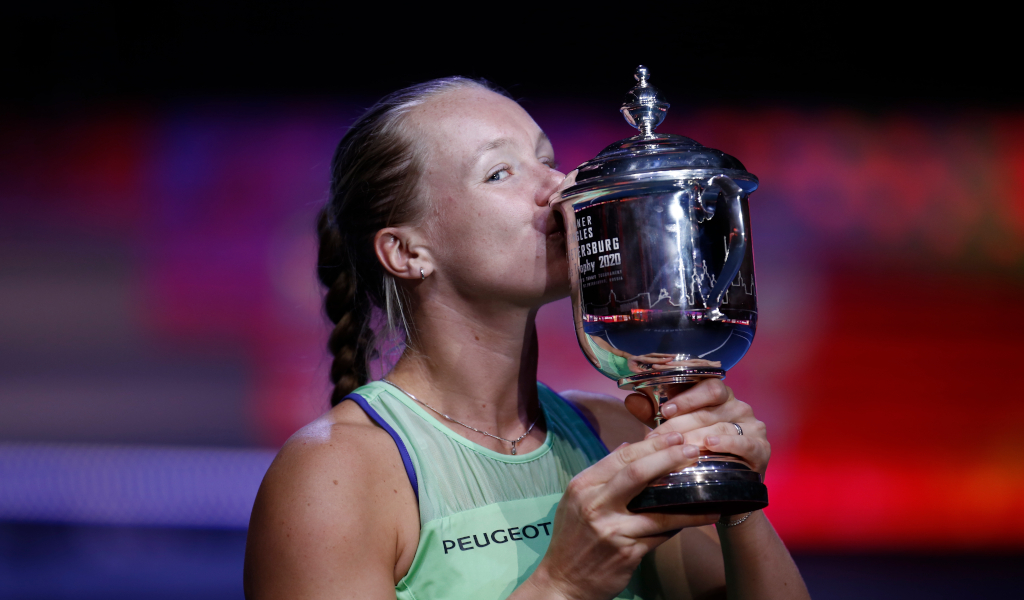 A week after “crying for the whole night” after the Netherlands’ Fed Cup defeat, Kiki Bertens was back laughing again after she made it back-to-back titles at the St. Petersburg Ladies’ Trophy.

The second seed brushed aside Elena Rybakina 6-1, 6-3 in one hour and 14 minutes to become the first player to successfully defend her title in the Russian city.

The second seed broke three times in the first set and once in the second to ease to victory over the eighth-seeded Kazakh.

The joyous occasion for the Dutchwoman was in sharp contrast to a week ago when she was part of the Netherlands team that agonisingly lost their Fed Cup play-off 3-2 against Belarus after going down in the deciding doubles rubber.

“To defend your title, it’s always something special. You come with such great memories, and if it happens where you have a beautiful trophy again, I’m more than happy,” Bertens told WTATennis.com.

“This week was a really tough week. We lost Saturday night in the deciding doubles, 7-6 in the third set and 10-8 in the tiebreak. It was a really tough day. Sunday, I was flying here already, but I think I was still crying for the whole night because I felt so bad after that tough loss.

“I was coming here and putting all the energy I still had left in me during my matches. My team was pushing me this week, so I’m really thankful for that. You can still achieve anything if you just work hard and fight every day to win a match, and you can still hold a trophy at the end of the week.”