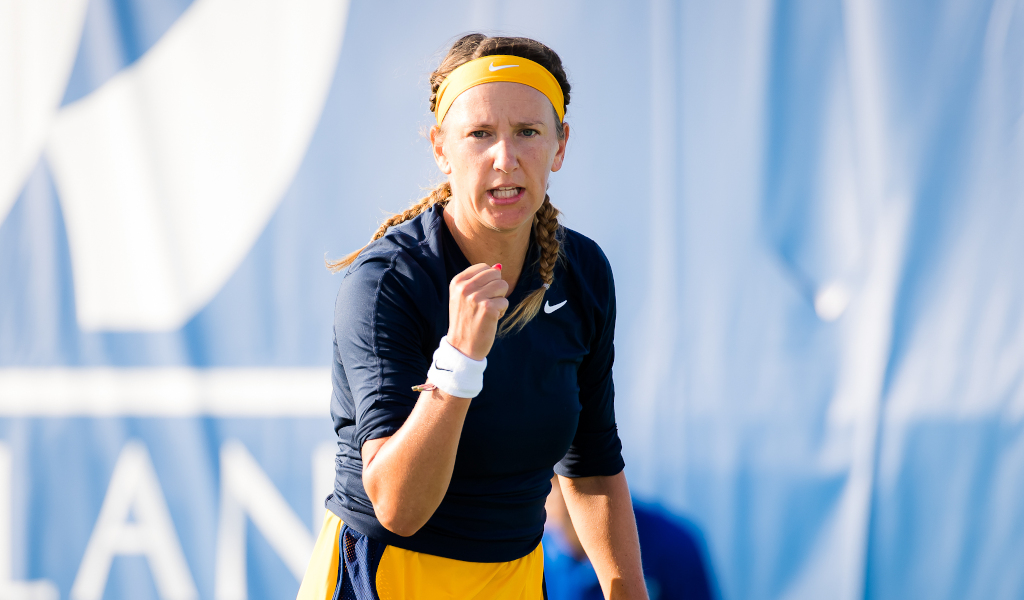 Victoria Azarenka believes she “stepped up to the occasion” as she saw off the challenge of Jessica Pegula to reach the BNP Paribas Open semi-finals.

The former world No 1 started off slowly as she was broken in game two, but then won four games in a row to take the opening set before three breaks in the second set earned her the 6-4, 6-2 win in one hour and 35 minutes.

Two-time @BNPPARIBASOPEN champion @vika7 powers past Pegula, 6-4, 6-2 to secure her place in the semifinals! pic.twitter.com/F7A9UH0P9s

“I thought it was a really good match,” Azarenka said after the match. “Very high quality from both players. Very consistent in terms of level for me. I felt that I really played well in the crucial moments. I felt like I stepped up a lot to the occasion. That’s what I’m really happy with today.

“I started going for my shots from the beginning. I knew I have to apply pressure on her, and I will have the moment where I will have opportunity. I think in the beginning of the match we had a lot of great rallies, a lot of points where I was like, ‘Oh, maybe I got this one,’ and she got me. I felt that I really just stuck to being aggressive and being consistent. I got my opportunities.”

The 2012 and 2016 BNP Paribas Open champion will face fellow Grand Slam winner Jelena Ostapenko for a place in the final after the Latvian battled to a 6-4, 4-6, 6-3 win over Shelby Rogers in two hours and 15 minutes.

On a roll 💨@JelenaOstapenk8 is into her third semifinal of the year after stopping Rogers’ run at the @BNPPARIBASOPEN! pic.twitter.com/23tFXDmxzS

Ostapenko, who won the 2017 French Open, found herself trailing 1-3 in the decider, but reeled off five consecutive games to secure her place in the last four.

“I think it’s another great opportunity because it’s a big tournament. I just enjoy it. It’s the last couple of tournaments this season. I’m just going to try to enjoy it as much as possible,” the 27th seed said.

“I honestly feel like I can continue the season much longer, but there are not many tournaments left. Most of the players are very tired, but I don’t feel like that. I’m kind of feeling very fresh.”