Agnieszka Radwanska: ‘Either I play at my highest level or I don’t play at all’ 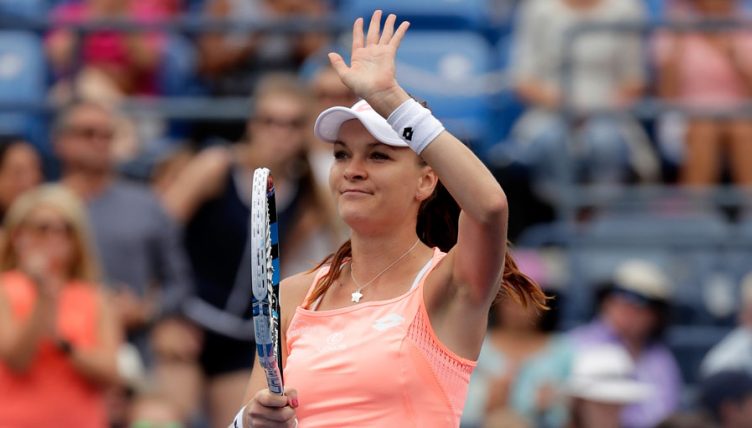 Former world number two, Agnieszka Radwanska, has ruled out a potential return to tennis following her retirement in November.

In an interview with Polish newspaper Przeglad Sportowy, Radwanska spoke about her health issues which led to her early retirement.

The 29-year-old said: “I thought about this for a very long time. Believe me, this is not a rashly made decision. I have been battling with my thoughts for weeks. I was looking in every direction. I was in consultations with doctors, physios and we analysed my current health situation with my entire team.

“Following these consultations I came to a conclusion that rebuilding everything in half a year on the grass made no sense.”

The 2012 Wimbledon finalist added that if she couldn’t return to her best, there was no way she could have carried on.

She said: “Either I play at my highest level or I don’t play at all. Due to problems with my foot, a general weakness of my body and many other issues, I wouldn’t be able to compete.

“Thankfully I no longer feel pain in my leg 24 hours a day. Up until recently I was waking up in the middle of the night with cramp. Last November I went with friends to Tatry (mountain range) and the pain instantly returned.”

Radwanska never won a Grand Slam but did win the 2015 WTA Tour Finals in Singapore beating Petra Kvitova in the showpiece 6-2, 4-6, 6-3.

According to the Pole, women’s tennis is a different sport to the one she entered a decade ago saying: “Women’s tennis has drastically changed. Intensity in every aspect of the game in incomparable to what I remember 10/12 years ago.

“The world has moved in a direction where even for the smallest of tournaments I had to go there 100% ready. Easy games in first rounds have finished.”

The player spoke about the reaction following her retirement announcement which saw the likes of Andy Murray and Serena Williams send messages on social media.

She said: “I didn’t expect this huge reaction. The reality of the situation actually hit me at this point. I was never number one, never won Wimbledon, yet I must have done something good in order for so many famous names to remember me.”

Radwanska ruled out a potential comeback once she returns to full fitness.

The player said: “Life has taught me ‘never say never’ but for me this is the end. I arrived at an obstacle which I could no longer get through. I now need a minimum year or two in order to recover and rest.”

When asked about a potential one-off return at the Olympics in 2020, Radwanska answered: “You go to the Olympics for a chance at a medal. You need at least the faintest of hopes that you can get a medal. I never stood on the podium even though I realistically thought I could do it. I don’t have that hope anymore.”

The player is still in the unknown with regards to her own future. She retires having won 20 WTA titles and earned more than $27 million in prize money.