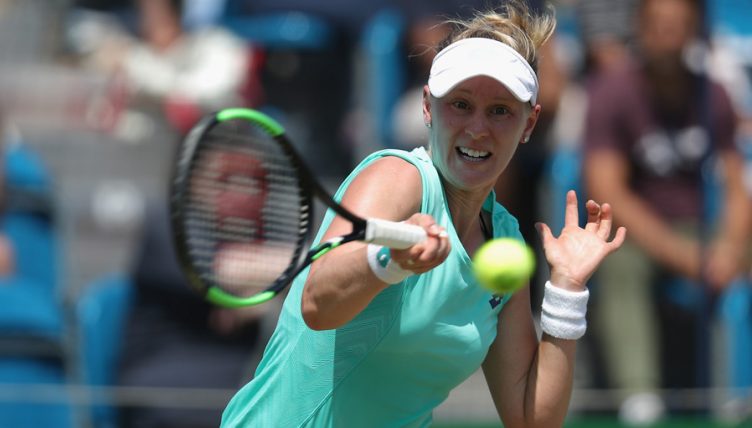 The American was blown away early on, losing all of the first seven games in the match against.

“I had faith that things would turn around at some point, I just wasn’t sure when.

“I thought maybe it was too late, even when I broke back to make it 4-3, but I stayed in there and I fought for every point.”

“I really respect Kiki and her coach, to be honest. I think they’ve done amazing things.

“When I was down the match points, I saved them all by winning volleys, and it was my only choice to come forward and try to finish it off.