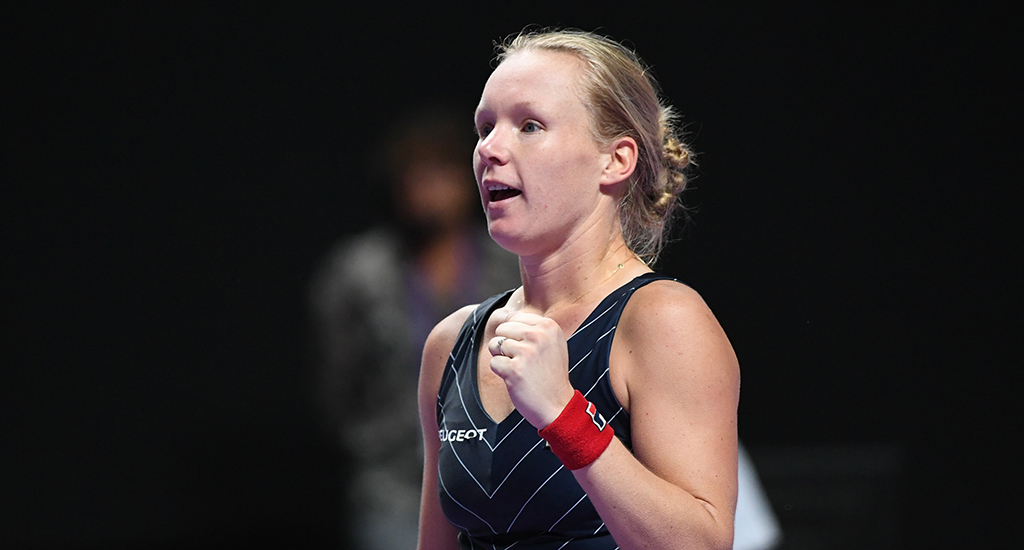 Kiki Bertens made sure she took full advantage of her late inclusion at the WTA Finals in Shenzhen by beating world number one Ashleigh Barty.

It looked like being a short-lived campaign to reach the knock-out stages when Barty led by a set and 3-2 but the Australian went badly off the boil, losing eight games in a row to trail 4-0 in the decider.

She mounted a comeback but Bertens played a fine final service game to win 3-6 6-3 6-4.

Osaka won her opening match on Sunday, defeating Petra Kvitova in three sets in a compelling replay of their Australian Open final, but a right shoulder problem suffered earlier this month curtailed her campaign.

The 22-year-old said: “I’m disappointed to have to withdraw from the Finals. It has been a great event in Shenzhen, and it’s the biggest WTA event of the year.

“This is not how I wanted to end this tournament or my season. I look forward to getting healthy and hope to be back here in Shenzhen next year.”

Dutchwoman Bertens made her debut at the WTA Finals last year, reaching the semi-finals before losing to eventual champion Elina Svitolina.

She reached a career-high ranking of four in May and currently sits 10th having lost to Aryna Sabalenka in the final of the WTA Elite Trophy last weekend.

RELATED: ‘Disappointed’ Naomi Osaka forced out of WTA Finals with an injury

She will take on Belinda Bencic in her second group match on Thursday, where victory would give her a great chance of making the last four again.

Barty defeated Bencic in her first match and will play Kvitova next.

All four women in the group still have a chance of qualifying for the semi-finals after Bencic claimed her first victory at the tournament, beating Kvitova 6-3 1-6 6-4.

Defeat for the young Swiss would have eliminated her from contention but Bencic bounced back strongly after losing a one-sided second set.